Hi friends! It’s only 61 days til the Copper Basin. Thanks to so many of you, we’re well on the way there.

We got a huge order of meat that will last us til racetime and keep the dogs in happy protein land. Our friend and helper Sarah Dawn Harmon helped me cut and load the meat into the freezer. YUM! 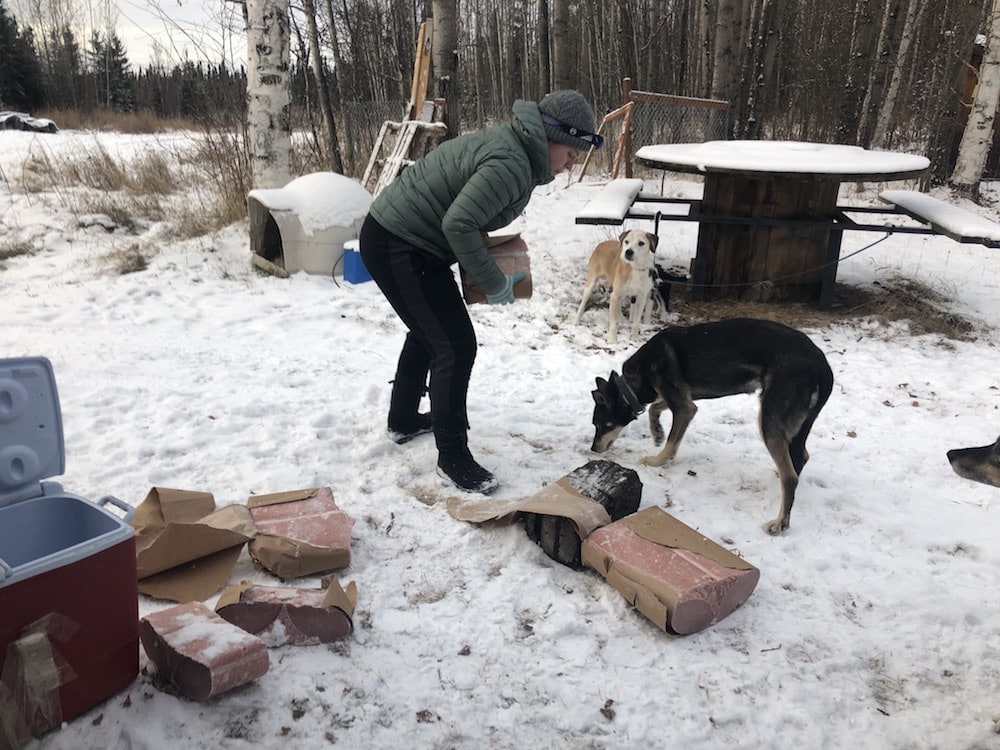 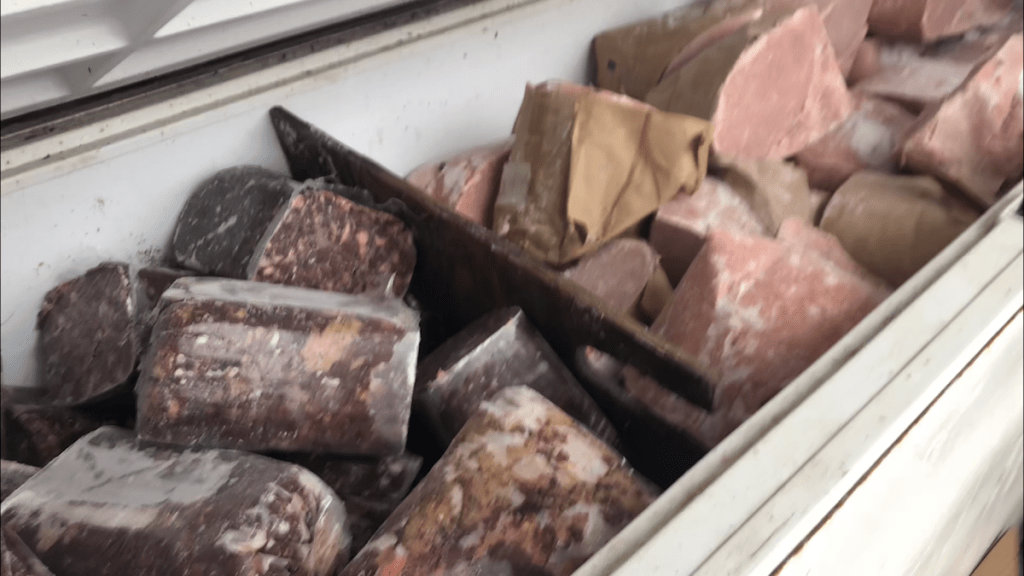 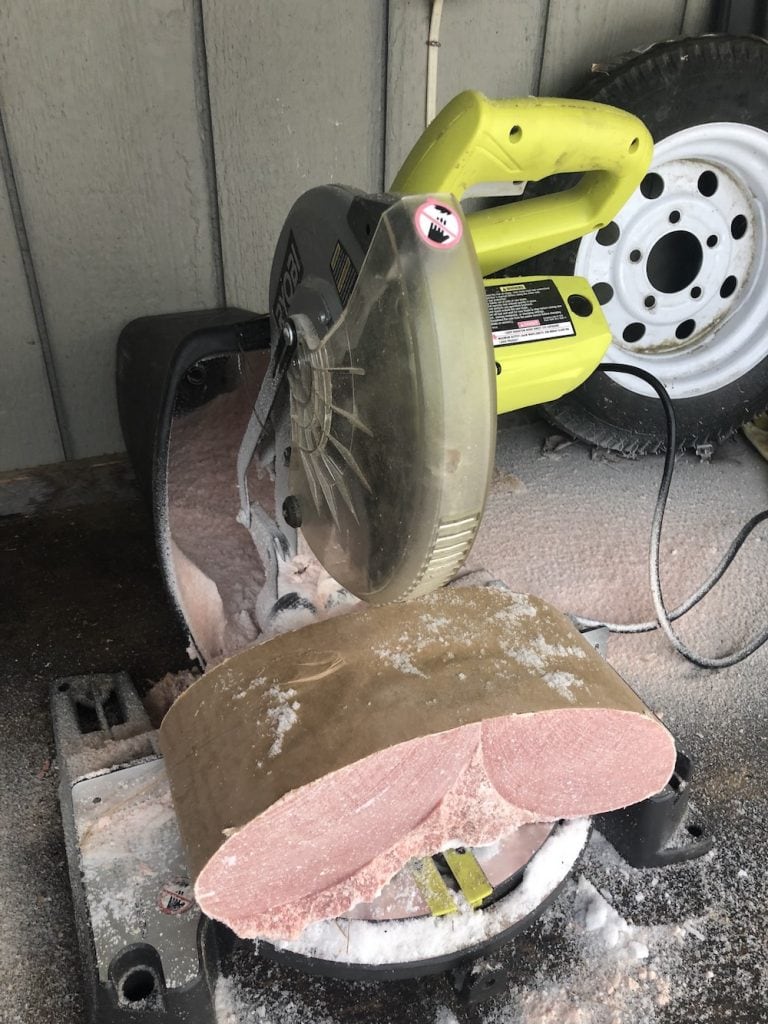 Thanks to the ATAO supporters (especially on Patreon!), the dogs will be eating like kings leading up to race time.

Last night, R2 and Rebel led the team by themselves! They did amazingly well. I’m really proud and excited for that Star Wars litter. They are living up to their parents’ legacies. You may notice that little Ms. Roguey hasn’t yet had a turn in lead. She seems to be the least “mature” of the SWPs. She is a little more distracted while running. I am waiting to see if she gets more focused as she ages. There’s no need to push anyone into bigger responsibilities early. Just like people, dogs mature at different rates. I try to watch and gauge the best time for each dog to try out the front!

That’s also why the Outlaws haven’t moved up front yet either. They are a bit younger and still learning the ropes. However, they’re doing well and I’ve been rotating them into the swing position to start getting a feel for the front of the team. Soon I’ll give them their shots up front.

Meanwhile Ms. Annie is taking a break from the front. Although I’ve been relying on her as my main leader, she actually didn’t come to ATAO as a seasoned lead dog! The musher I bought her from reports that she may have been up front now and then, but she’s not necessarily a Lead Dog per se. She’s a very good, hard driving dog, and had more experience than almost anyone else on the team, which is why I relied on her to teach the others. However, I think after leading for the bulk of our first few months this season, she’s getting a little burned out being up front. So I’m going to give her a few weeks off from being in lead. By now we have a good roster of up front dogs, including Ophelia, Nala, R2, Rebel, and Rey. That group will get us where we need to go and Annie can take a mental hiatus and Just Run! Also she’ll get to run with her best bud Egret, who is not a leader.

We are all getting tired of mushing by four wheeler. We have the lowest snow pack Fairbanks has seen since 1929 according to… someone. I forget who told me this but it sounds accurate. At least we do have snow! That makes a big difference!! Still, the whole team (including the musher) will be much happier one we get on sleds. Think of it this way: four wheeler training is like weight training. It works best if you are able to switch to slightly faster, and much less heavy training, around the beginning of October or at the latest around Halloween. Of course, the weather doesn’t necessarily adhere to ideal training schedules! Once the dogs are able to stretch their legs more easily, they will be some happy campers. They are already doing awesome this season… I am so impressed with them, and very proud. For a little yearling team they are kicking butt!

When we run the Copper Basin, we won’t be trying to be competitive. This whole year is all calculated to be training for the big goal: Iditarod 2021. The Copper Basin will be a very big learning experience for the team. I need to make sure to set them up for success in that. It needs to be challenging but also achievable. I believe this team will do a great job there!

I’m also so proud of how well the team has been camping. They are becoming smooth operators! They all know to eat their food and take a good snooze in the straw. They behave well with each other and are even quiet while it’s resting time. I’m very happy with our weekly camping plan. This past weekend, we camped at home. This is a good exercise because it teaches them the environment of a checkpoint, with little Olivers and Hooches and Bonnies running around, as well as taking rest wherever they get it, even if they are not at their comfy houses! 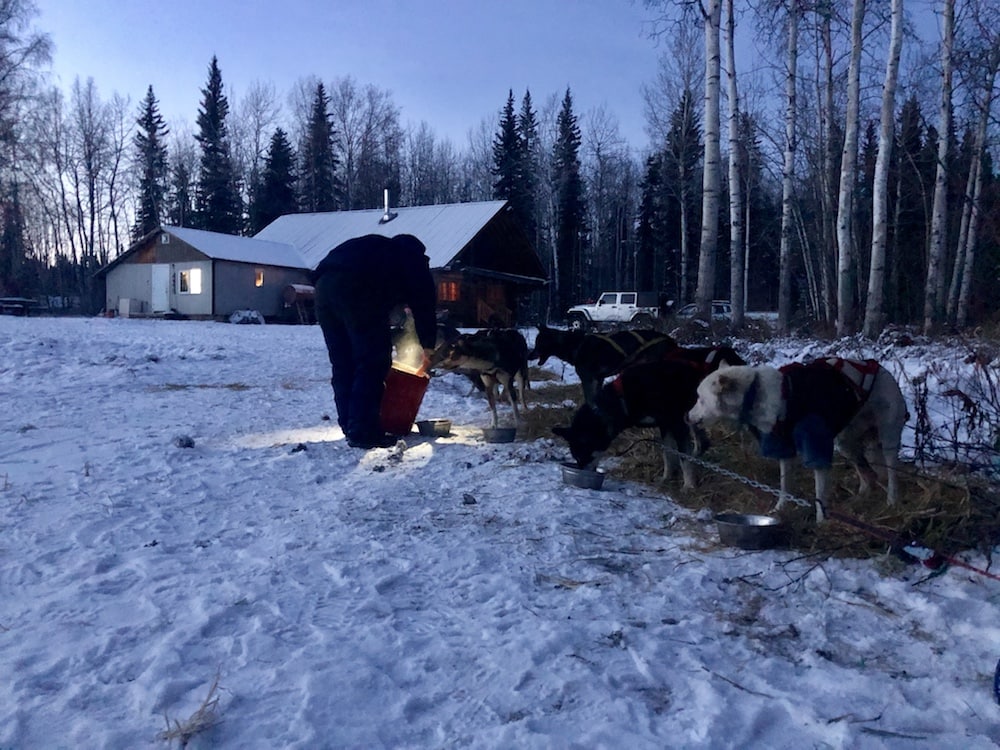 It’s definitely the thick of winter, even if we’re still on the quad. I’m incredibly proud of this great crew, and so excited to get to fumble along behind them. What good dogs.