This Sunday (besides being April Fool’s Day, among other things) was a momentous day at ATAO. The “Outlaws” (formerly known as the baby puppies) did their very first run with the sled! And they kicked butt!

For the first time ever, the entire kennel got exercise in harness. We’re not to the point of running everyone all together (if nothing else, because I don’t have a long enough gangline!), so we did two groups. The Core Four ran in both groups so that they could get some extra exercise. The back of each team had two Star Wars pups and two Outlaws. The first team, from front to back, was Ophelia – Annie, Nala – Egret, R2 – Rebel, Cassidy, and Sundance. I let each of the Outlaws run by themselves for their first time. This lets the pups move back and forth a little bit and not be too overwhelmed by a partner in harness. Sometimes it’s good to have a more experienced dog next to a young pup, to show them the ropes, but I needed to keep my veterans up front to keep the team moving!

Cassidy and Sundance did awesome. Because of Cassidy’s super speed in free play, I expected her to be the best in harness. But Cassidy was confused about the harness and the team, and maybe she was inspired by the Easter holiday… She hopped the whole way down the trail! She was definitely having fun but it will probably take a few times to figure out what to do. It sure was cute though. Sundance, on the other hand, looked like a pro right out of the gate. Even though she doesn’t look like the most streamlined sled dog… More like the cutest teddy bear you ever had cuddle you… She just knew what to do in the team. She never stopped pulling and never stopped smiling!

We did a very short two mile run with lots of breaks and praise for everyone. When we got back, I brought the pups all back to their houses, and then let the Core Four run amok while I turned the sled and gangline set up around. The Core Four were confused (and happy!) about what was going on but got pretty excited when I connected them back up for a second run!!!

The second team, from front to back, was Annie – Nala, Ophelia – Egret, Rey – Rogue, Max, and Furiosa. Furiosa was a little nervous about the set up, but once we took off, she was super excited! Max and Furiosa both did really well. They also both wanted to check out any side trail that existed, but we carried “Onward” down their very own Fury Road (or maybe Furry Road???). It is so fun to see all of these youngins come into their own… And just in time. The nuggets have been getting a lot more bold with their explorations during free walks. Our free walks near home have had to stop because Cassidy, especially, has been taking off and visiting neighbor kennels, and we have to wait for the snow to melt down a bit to use the puppy playpen, as everyone has figured out they can now jump the fence! For the next few weeks, as long as we can, we’ll be mushing for exercise! It’s pretty exciting! 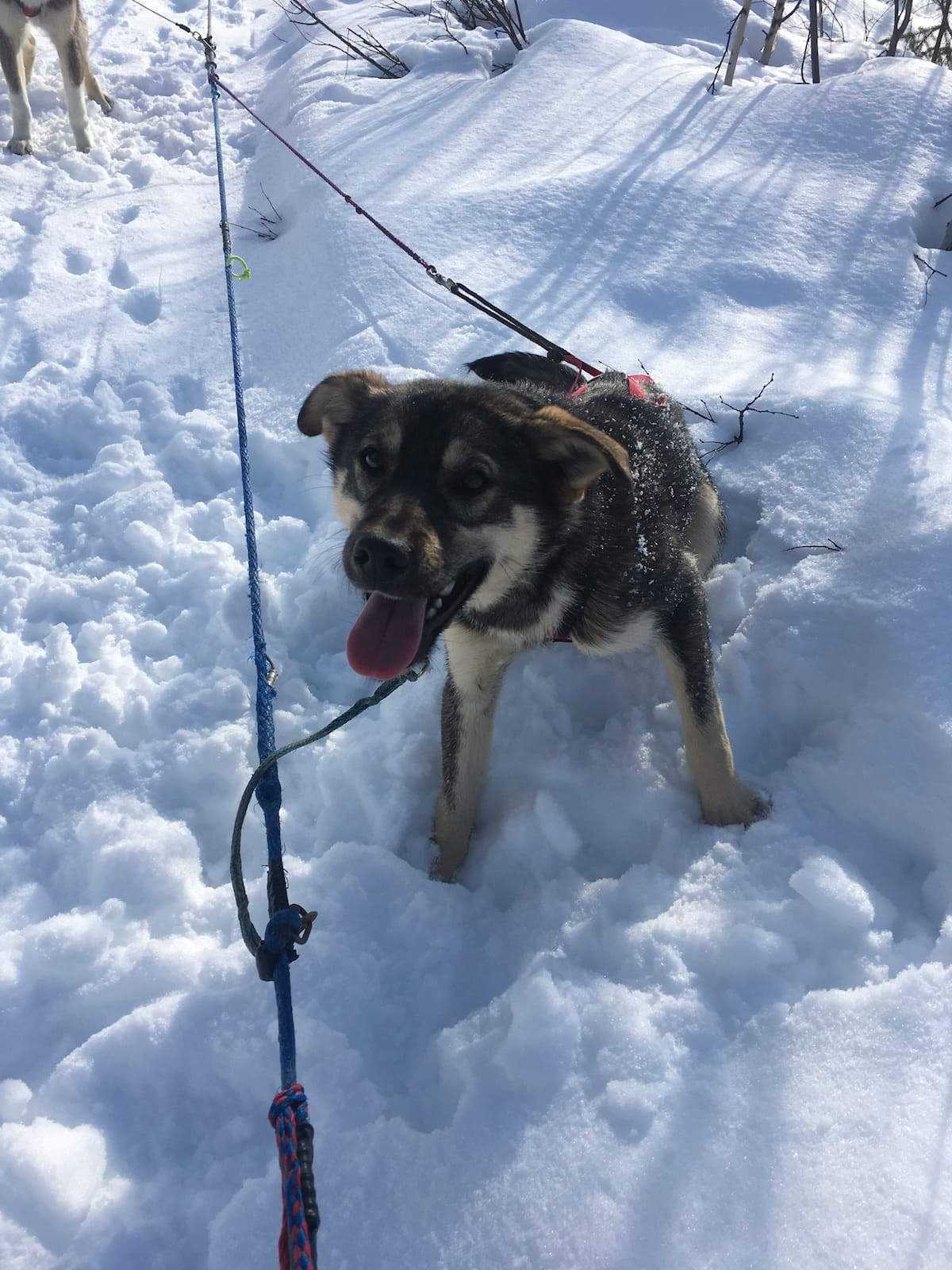 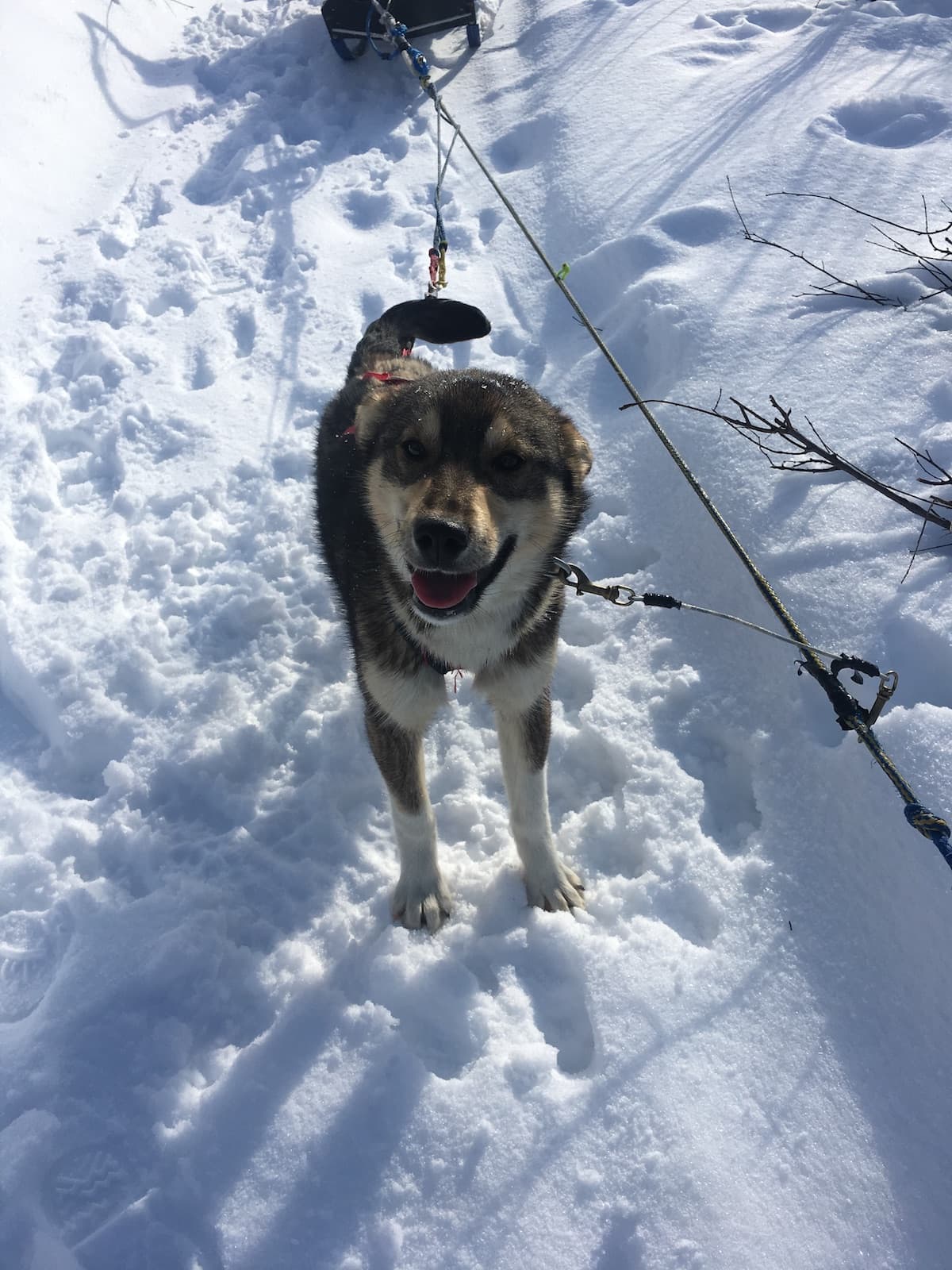 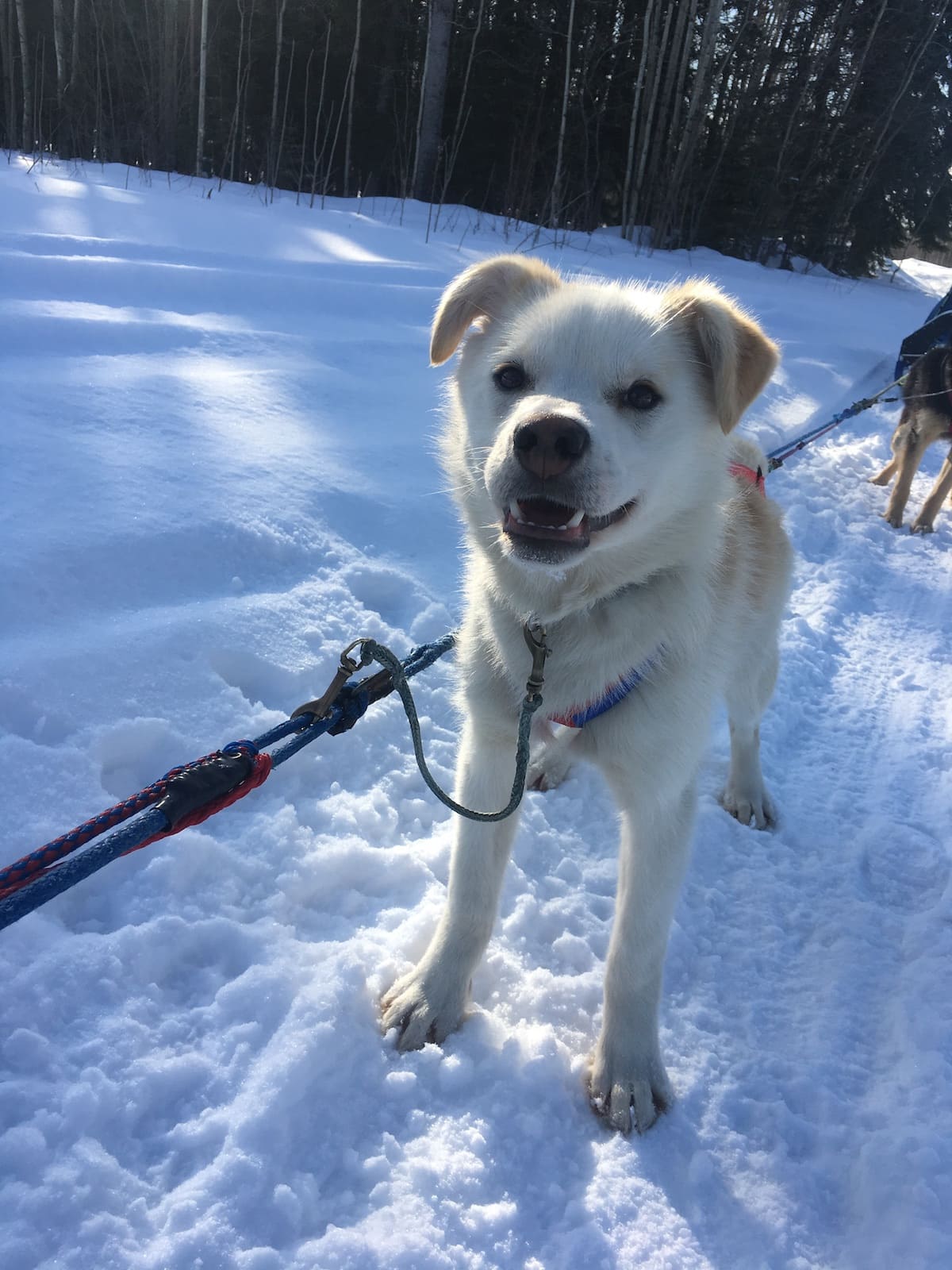 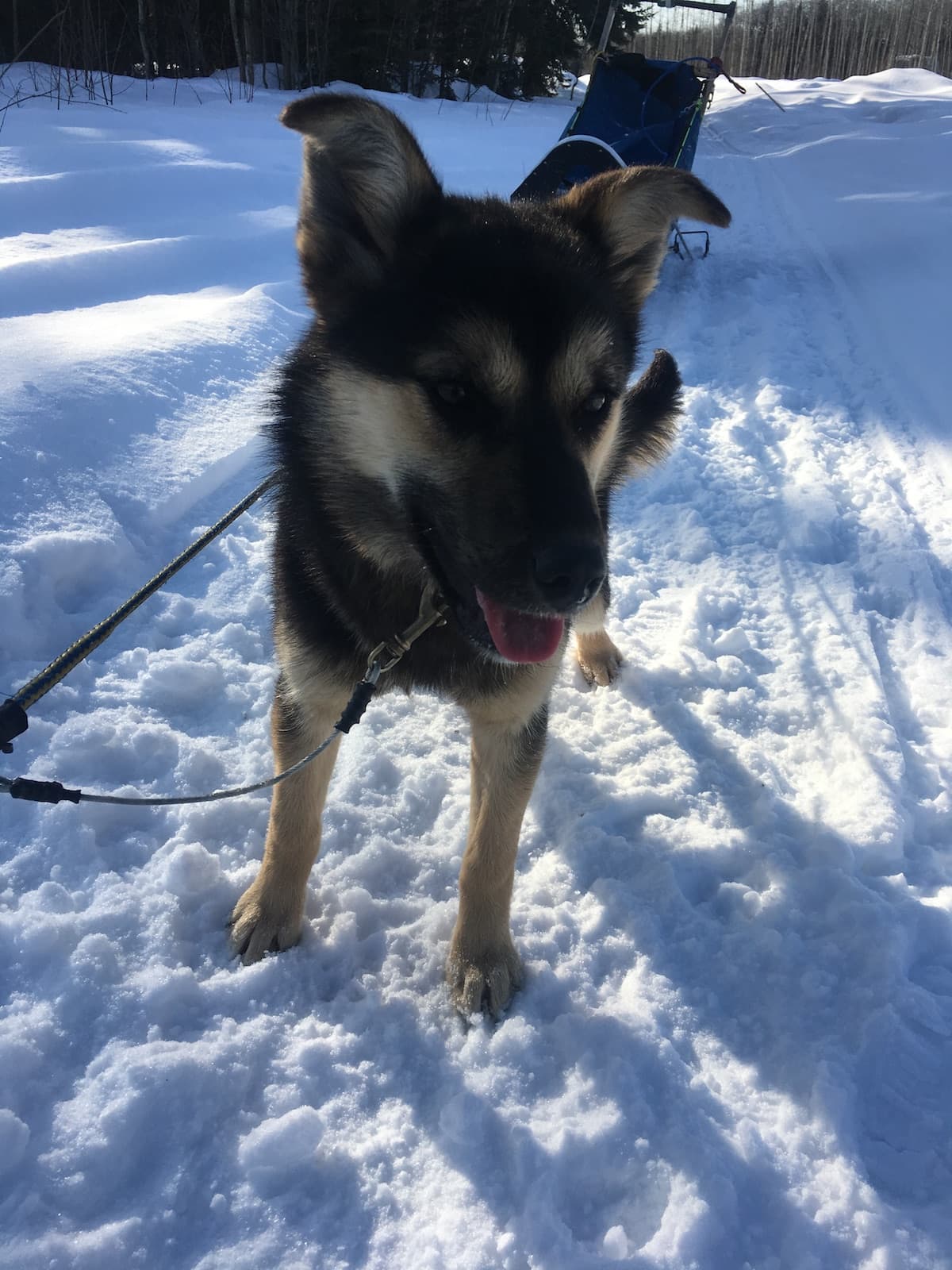