Guy Goggins was a great cat. 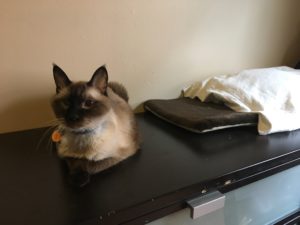 When I met him, I didn’t know that my partner, Shawn, knew he was old (we were just starting to date). I had only heard from Shawn that Guy was “perfect.” Shawn poured out so much love for Guy that I expected to meet the world’s most friendly, easy going, sweet cat. I did. Guy basically lived to get petted by any visitors and to meow in the corner “at his friends” (I think the echo? He was obsessed with this). He was also really old. It took me a little bit to realize that not only did Shawn know Guy was old– That was half the point. Shawn adopted Guy, a 14 year old cat, from the humane society, where he’d been surrendered because he wouldn’t stop peeing outside of his litter box.

Here’s the thing about Shawn. Shawn is obsessed with old animals. Again, I didn’t realize this. But what I came to learn is that Shawn has a huge heart, and that an important place that loving went was to this old, cross-eyed, off-balance cat. And that while most people would never make room in their life for a geriatric, incontentent siamese cat, that’s exactly what Shawn had room for. Exactly WHO Shawn had room for.

About a month ago, Guy stopped eating, and his weight dropped pretty drastically. We took him in and found out that he had a large growing mass in his abdomen. We tried steroids, apetite stimulators, and constant sub-cu rehydration. He seemed to get slightly better, and then he got a lot worse. We let him go Monday.

I have said goodbye to more than my share of animals. This one, this Mr. Guy, was really, really hard to say goodbye to. Even though I had only known him for a few months. That’s the thing that sucks, I guess. They live so short.

Even though Guy was old, his deterioration came quickly and shockingly. He is listed as our Kennel Cat. He was going to make the crazy, bold move up with us. Maybe he wanted to check out before that. He used to love traveling in the car, and he endured Hooch and Ophelia pretty kindly. But I’m not sure he envisioned his retirement among a huge passel of annoying and alarming puppies.

Or maybe scat just happens, and it’s not fair.

What is at least good is that Shawn gave Guy two years of some of the most love I’ve ever seen anyone give a cat. He was flatulent, uncoordinated, and ridiculous. He was adorable, friendly, and an excellent cuddler. He was the best Guy I’ve met. We are going to miss him so much.

Raise a glass to the one cat who wormed his way into my heart with pure elderly cuteness. Shawn was right. He was perfect. 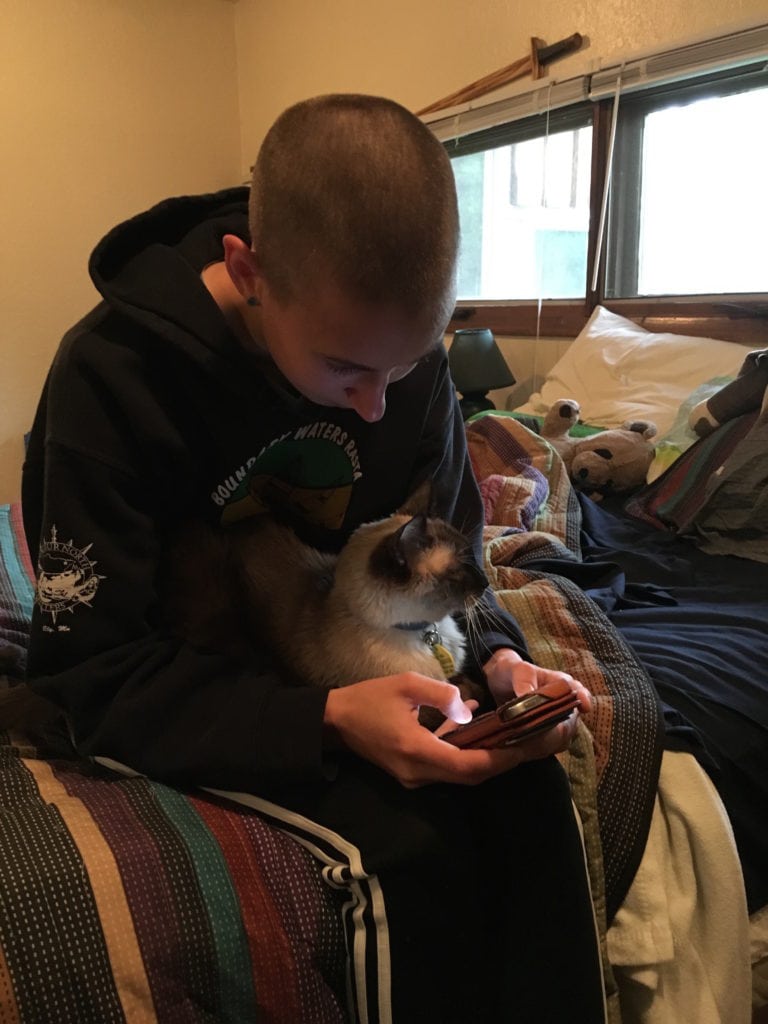 My road to Iditarod has involved a lot of false starts. I was given options...