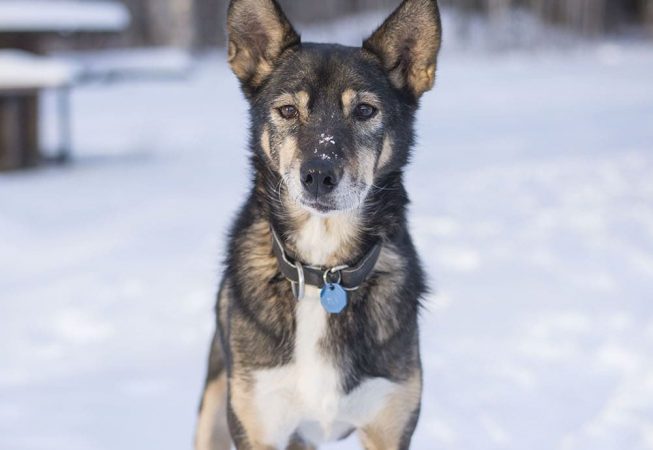 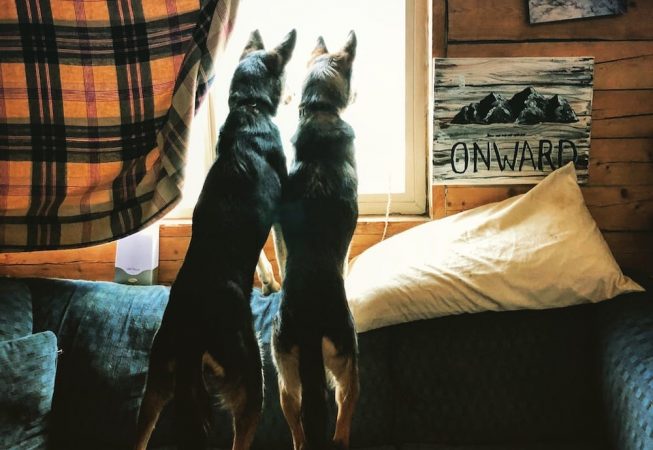 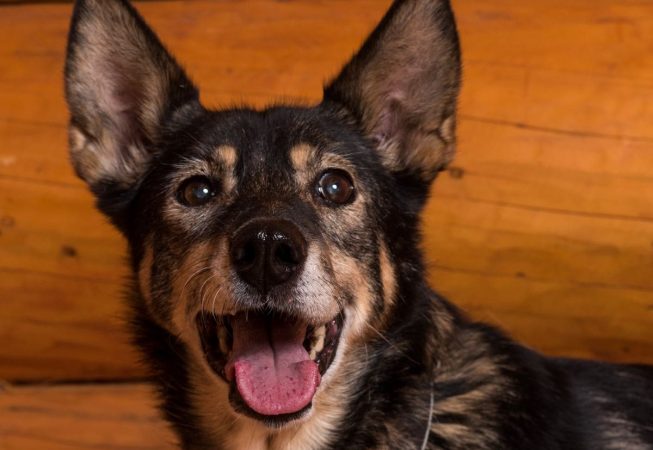 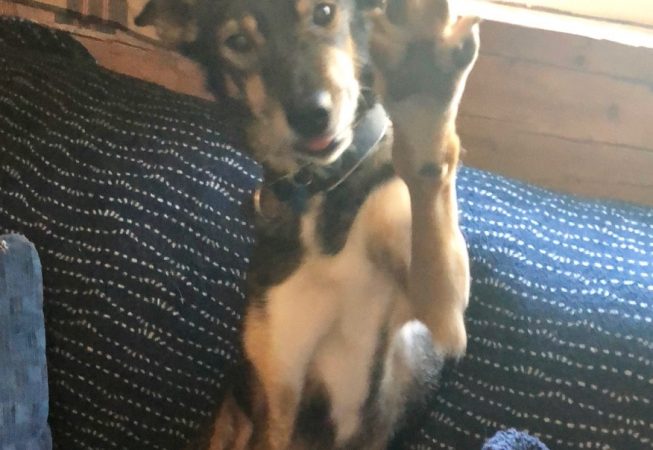 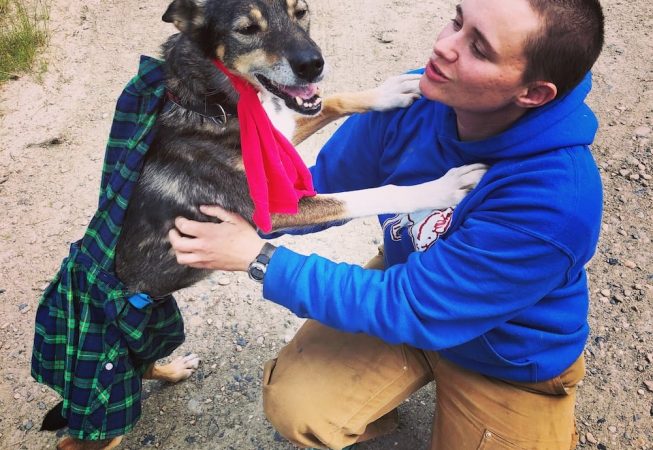 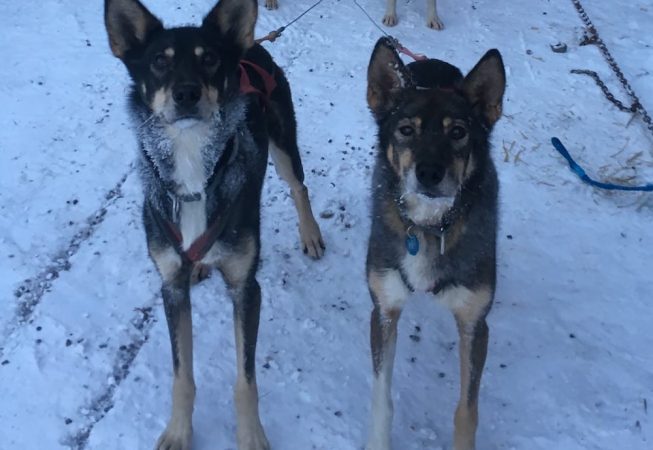 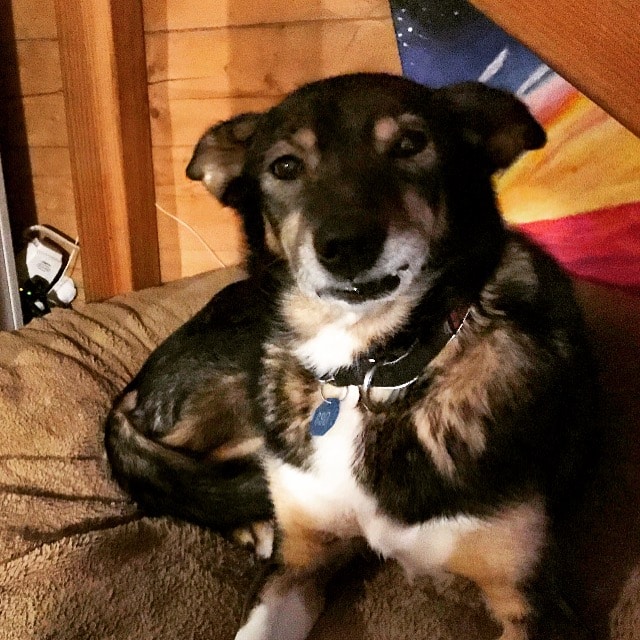 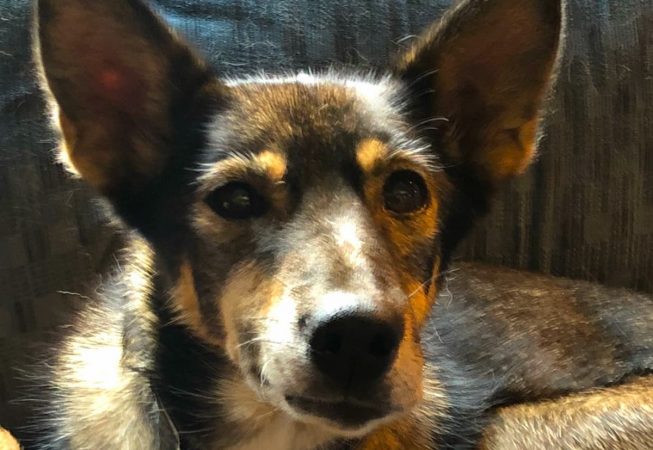 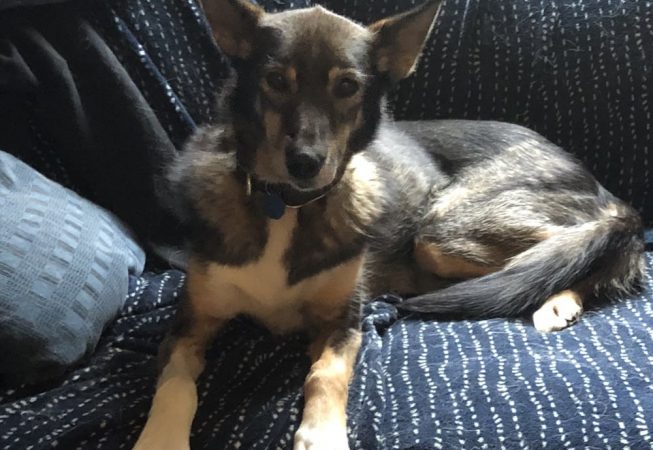 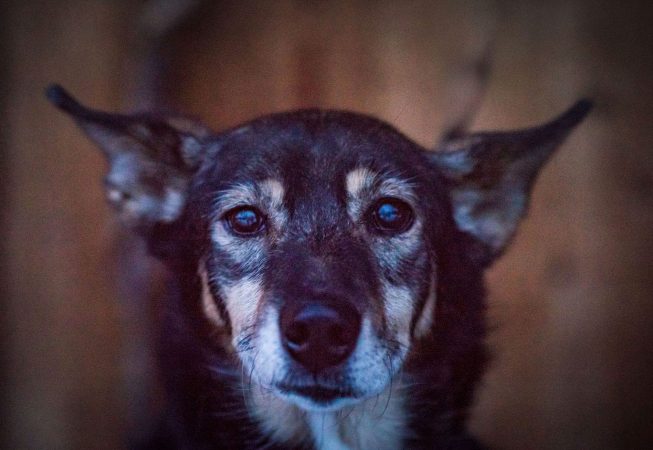 Bonnie is a veteran of the Iditarod and Yukon Quest. She comes from Red Dog Racing, and raced alongside Hooch in two Iditarods. She’s a great leader and most importantly… She’s Ophelia’s aunt! Bonnie’s brother, Clyde, is Ophelia’s father.

Bonnie has a LOT of character. Every day she patrols the grounds barking at the top of her lungs to announce that it’s dinner time. She also seems to be saying that she should be eating first.

Bon and Hooch have had a complicated relationship. They were first unapologetic enemies. In our first two years at ATAO, they bonded and became really close– But sometimes they still get pretty tired of each other.

Bonnie loves to hang out on the bed with the humans. She’s really scared of thunder and loud noises, so we make sure she’s safe and in company when those are going on.

Bonnie is a great puppy teacher– she doesn’t let them get away with anything goofy. She’ll tell them when they are being Too Much.

Do you love Bonnie? There are two cool ways to cheer her on down the trail (and on the couch)!

One of the GOLs (Grand Ole Ladies)

Bonnie is lucky to call CSpan her special sponsor! CSpan has doted on Bonnie and couch-sister Hooch from day one!

Bonnie is sponsored by CSpan!