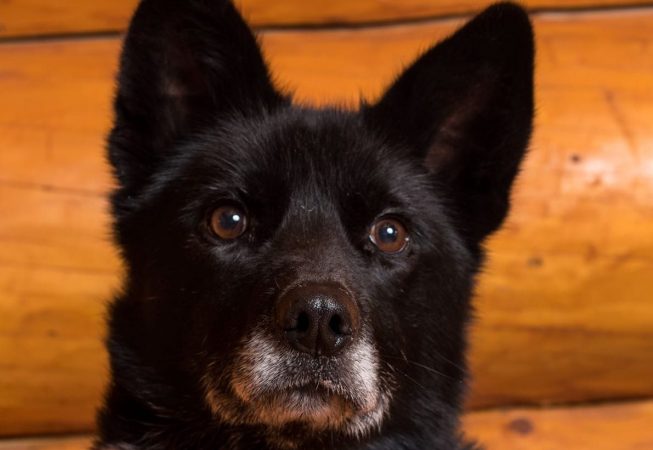 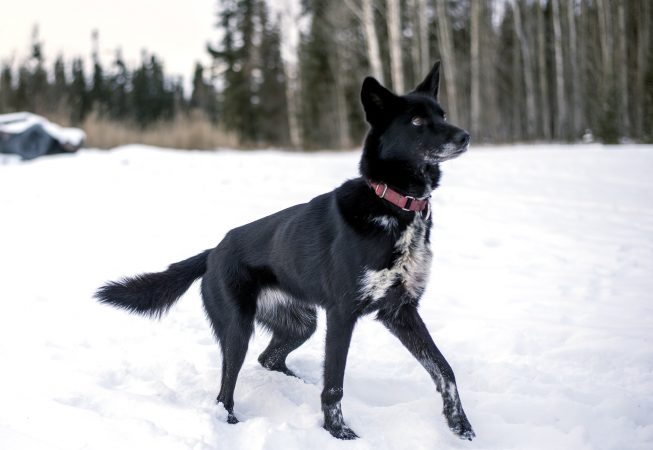 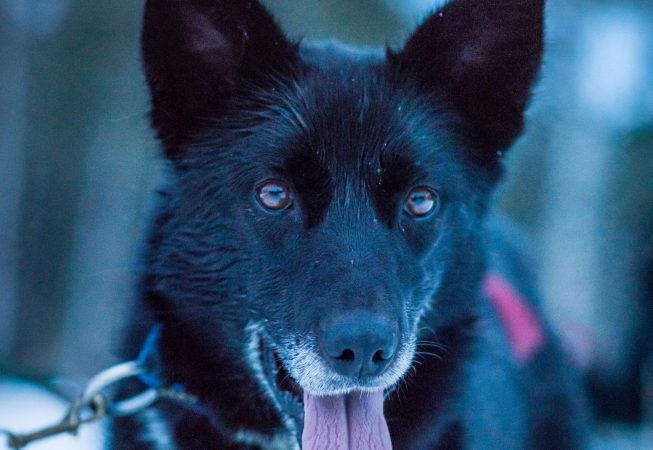 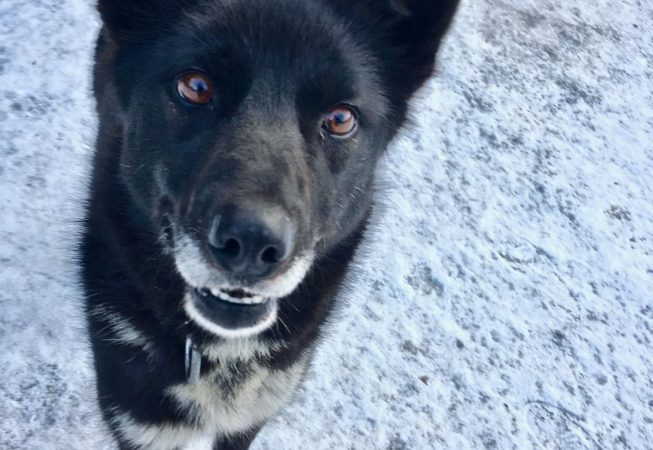 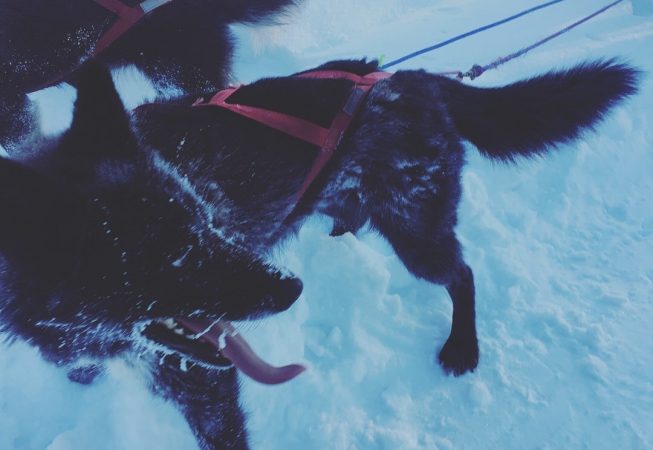 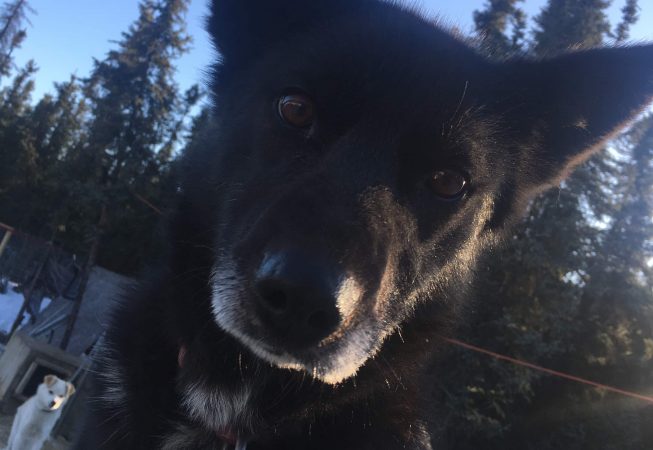 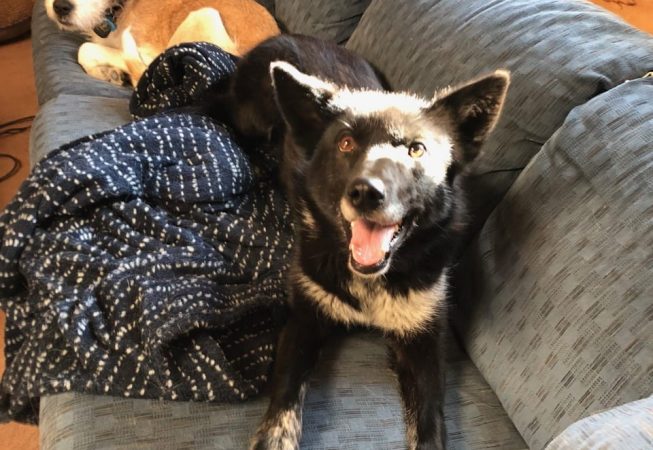 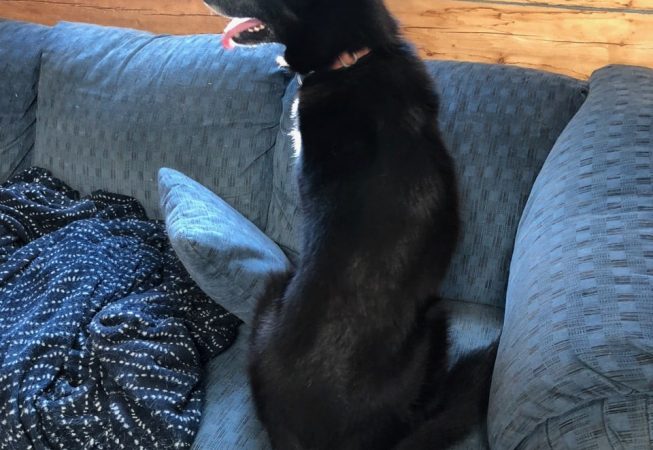 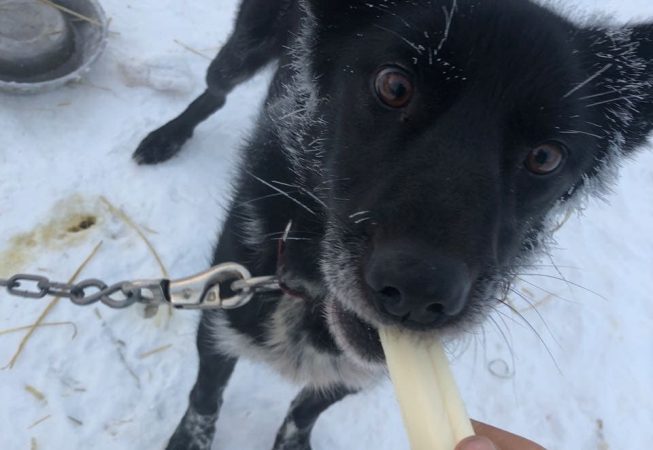 Egret comes to us from Yukon Quest champs Smokin’ Ace Kennels. At ATAO we like dogs with sweet personalities and hard work ethic, and Egret fits right in. Egret’s a little shy at first but she’s making new friends with the other athletes here, especially Nala and Annie. Annie and Egret have become especially close. I don’t know if it’s because they are the two shy girls, or they just get along! But it’s pretty cute to watch them play.

In the team, Egret is a workhorse. She is the only dog I probably won’t try in lead, but she is an important and natural team and wheel dog. Her tug line is always tight and her attitude is always GO! When she’s at ease and feeling comfy, she likes to zoom around in super fast circles in the play pen or at her house, running with her butt and tail tucked down in excitement. She also loves doing zoomies with Oli in the yard, or playing with a tennis ball.

Egret loves to sit on her house and be pet. She also love love loves the couch. Though she is shy, she is smart and strong, and she loves being at ATAO. We free play with Egret a lot, and bring her into the house for a lot of cuddles. Her favorite thing is still to run though. In her second season at ATAO, Egret showed yet again that she has all-star work ethic and enthusiasm. She’s a vital part of the team!

We’re so excited to have her on the team!

Do you love Egret? There are two cool ways to cheer her on down the trail!

Egret is Sponsored by Jenny Cieplak.

“Egret is smart, shy and driven – she and I have a lot in common!”

Egret is sponsored by Jenny Cieplak!