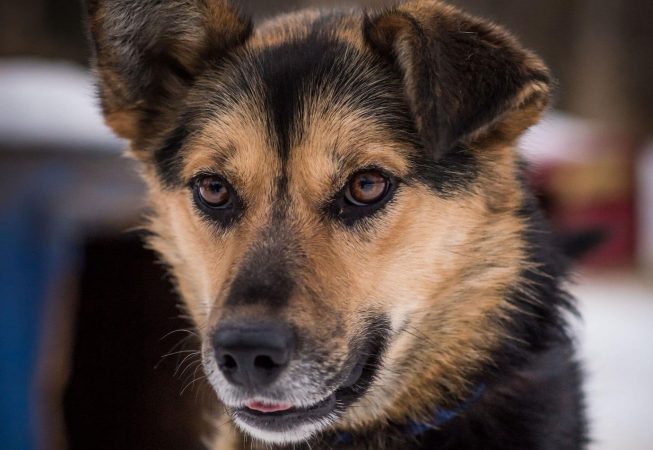 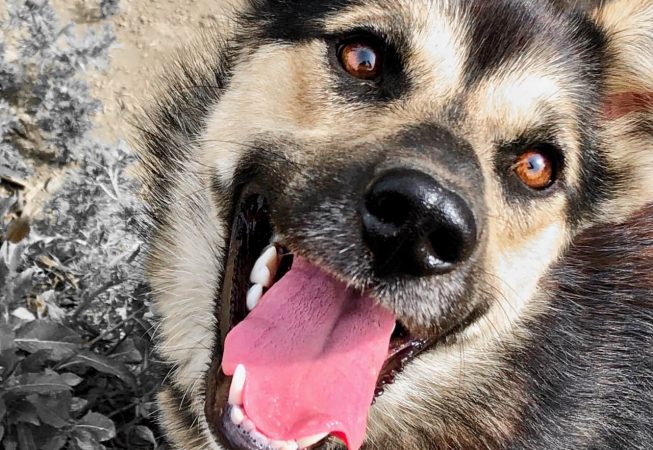 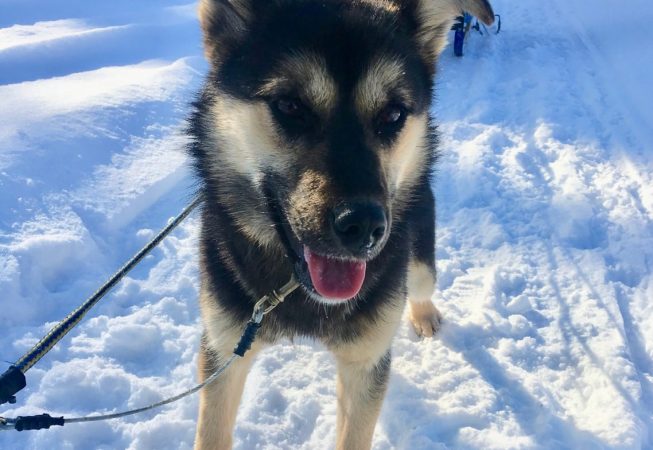 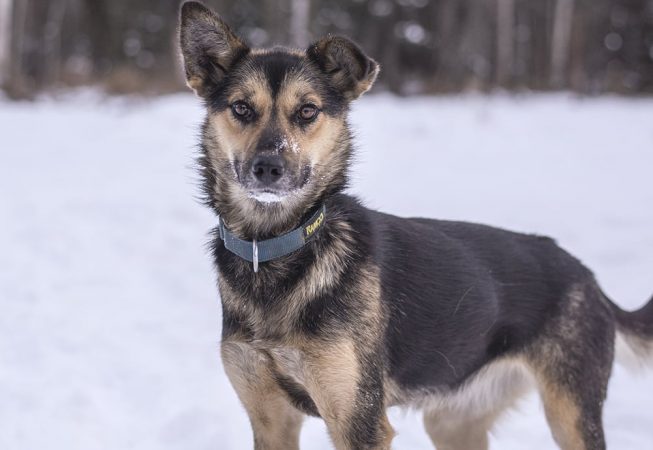 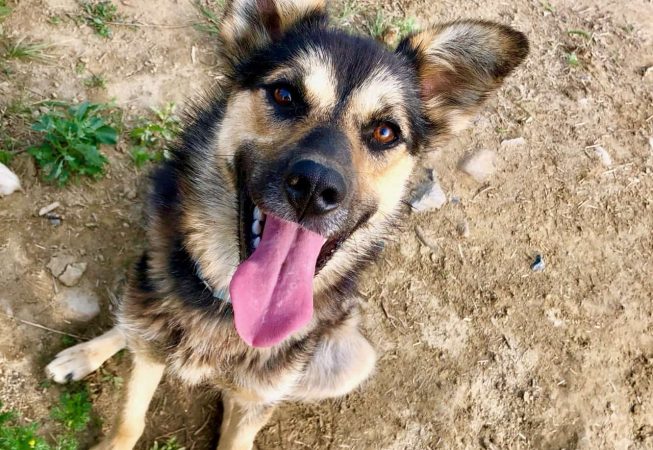 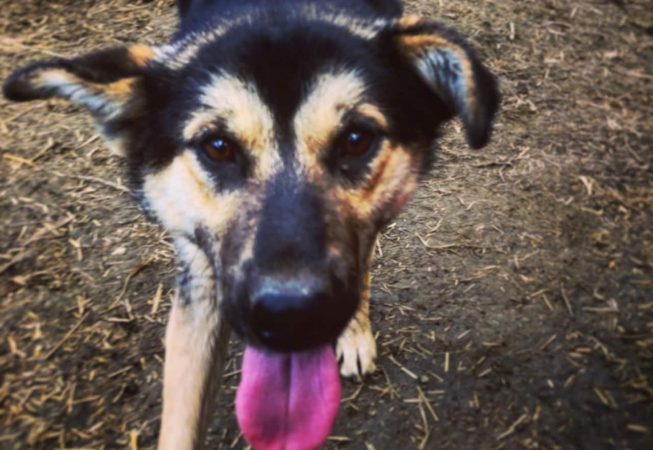 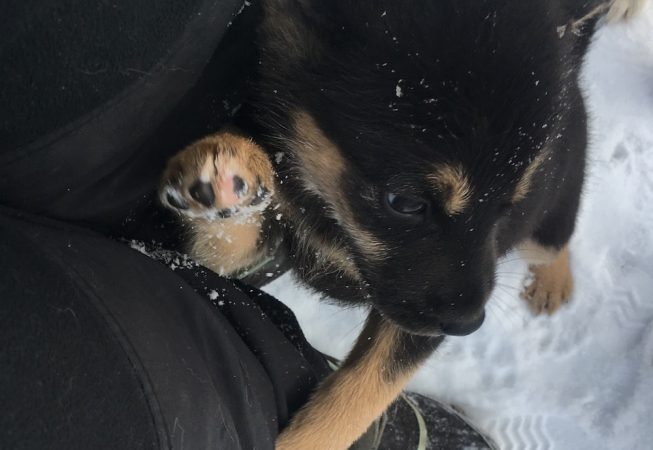 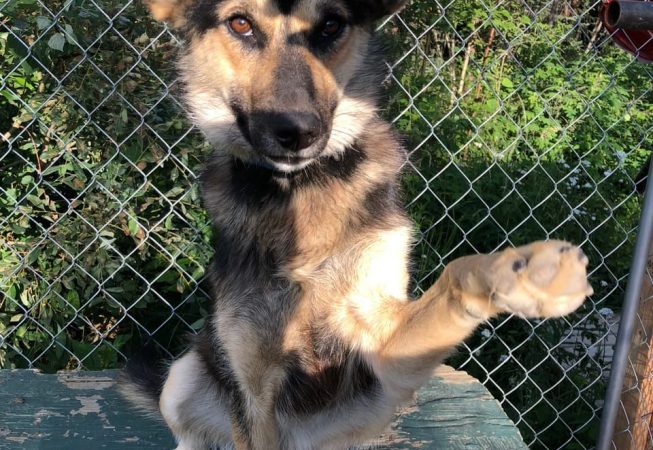 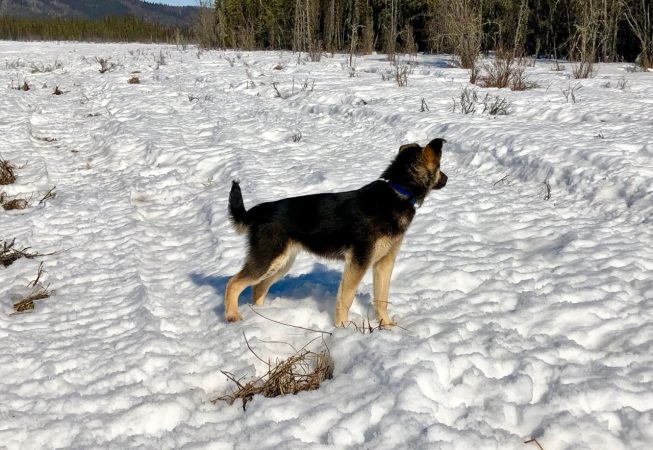 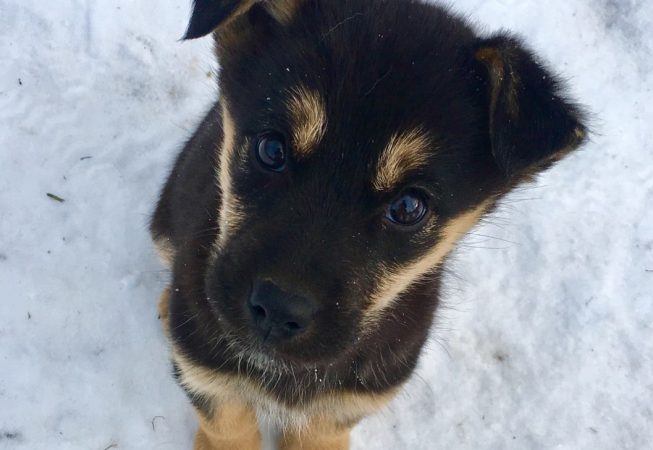 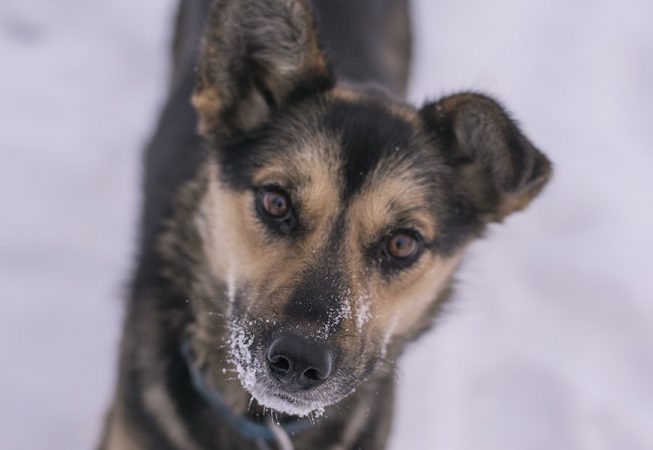 Furiosa comes from Dark Horse Sled Dog’s Yam and Ryno Kennel’s Goblin. She’s got her dad’s looks, and a lot of personality.

When Furiosa came to us, she was one of the smallest puppies at ATAO. She was tiny but fierce, and very vocal from the start. Sometime a few weeks into her ATAO life, she went through a huge growth spurt– Her metabolism caught up with her but her eating habits didn’t change. Well, what happened was she got REALLY CHUBBY. However, she didn’t realize this and proceeded to live her life as she had, which mostly involved trying to crawl under dog houses and small spaces for fun. But sadly, in her new chubby form, Furiosa repeatedly and indignantly GOT STUCK. It took her a while to figure out that she no longer fit in the tiny spaces she was used to!

This seemed to presage Furiosa’s entire life and attitude. She is not necessarily the picture of dignity and grace. However, she is patently adorable, hilarious, and wonderful. She is the kennel howl-starter, and you can tell it’s her, because her voice is painfully off-key. She is always ready to play and she’s always ready to cuddle. She has a voracious appetite, but her metabolism has evened out again and she looks a bit more proportional. In harness, she works hard, although she does check back to see what I’m up to now and then. She never slows her pace, and checking in (vs looking back at fellow teammates) could be a sign of a good leader. Really excellent leaders will often keep an ear cocked back in the musher’s direction to stay tuned to what the next direction may be. Furiosa is good at checking in at free play too, so I’m hoping this may indicate a future leader in the works!

In her yearling year, Furiosa shone as a young team dog. She wasn’t quite ready to lead yet, but she finished the Copper Basin 300 (a tough race!) as a young yearling. Furiosa often runs next to Sundance, though sometimes she gets a bit uppity with her teammates when it’s time to RUN!

Furiosa is a great and goofy girl, and we’re lucky to have her here at ATAO.

Do you love Furiosa? There are two cool ways to cheer her on down the trail!

Furiosa is sponsored by CSACDFW!

CSACDFW is so stoked to be sponsoring this awesome dog, and tells Furiosa: “Keep singing (even if it’s off key)!”

Furiosa is sponsored by CSACDFW!