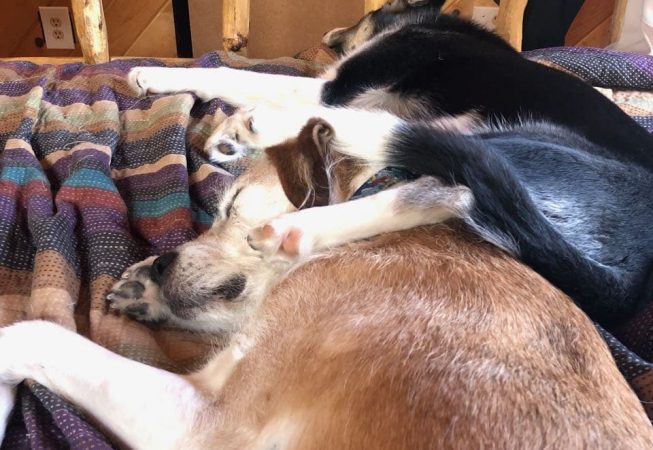 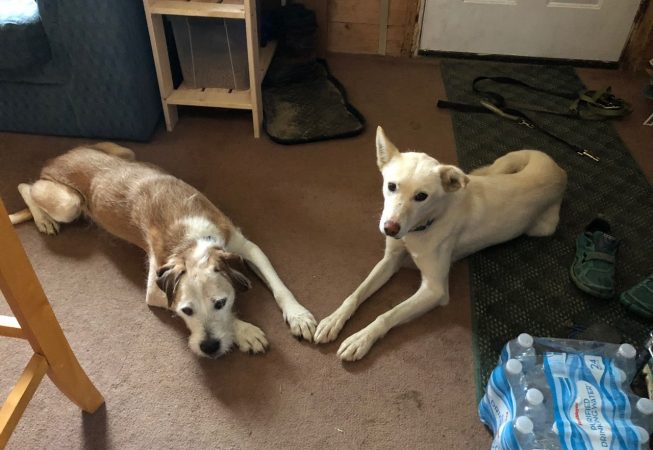 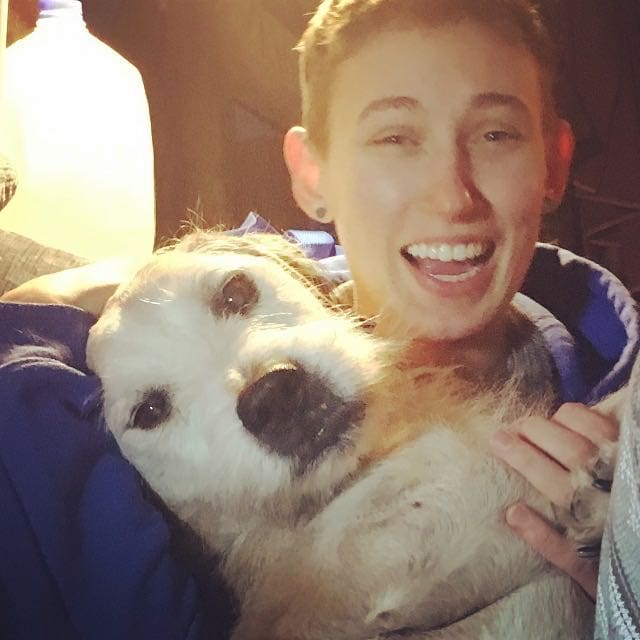 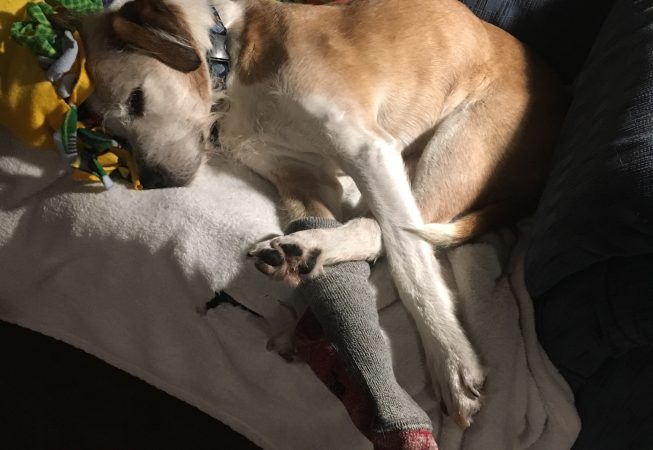 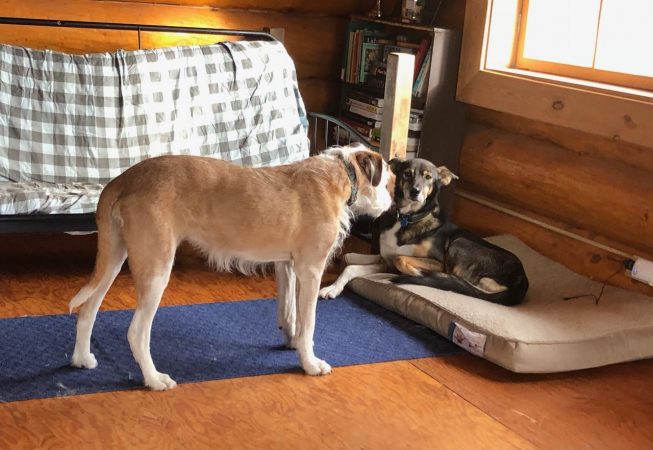 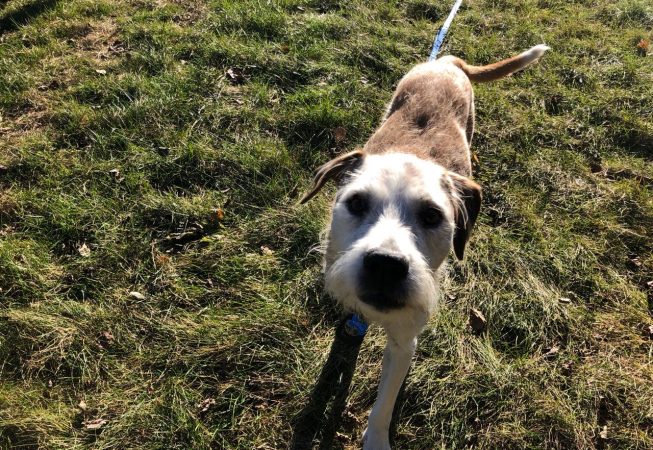 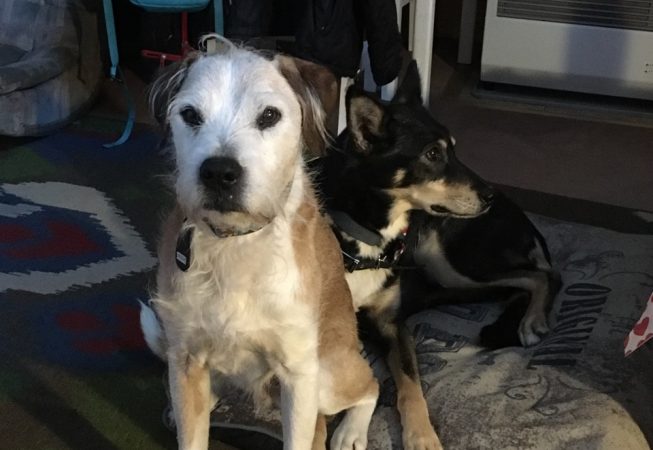 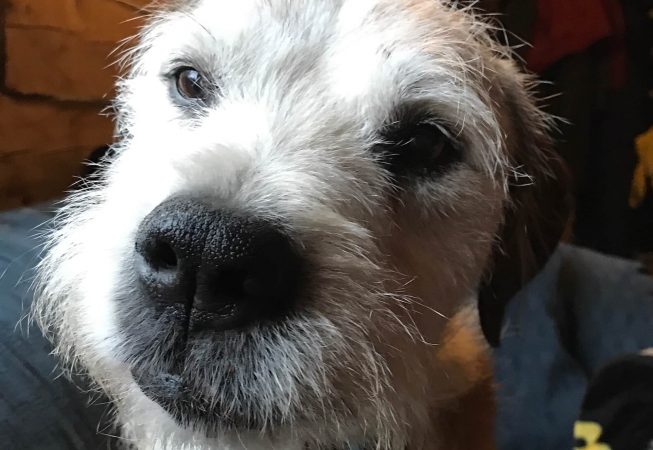 Jessie is the second newest indoor addition to ATAO Kennel. He was adopted our first fall at ATAO by Shawn, who puts a lot of value on adopting older animals and giving them some great final years. Jessie is an odd fellow. He loves FOOD and his nose works great. He spends most of his time napping or barking off-key, but also enjoys hanging out with his young ATAO friends. He is the resigned companion of Oli, but he loves to visit pretty young sled dogs like Sundance and Marnie. The only thing that perks his measured trots into a happy trot more is taking a big ole dump. Then Jesse will prance his way home. I think we can all relate.

Jesse has been through some ups and downs. He has had to go to the vet a few times since we’ve had him for classic old dog problems– mostly liver related. He’s a tough ole bird though, and won’t be one to miss dinner.

Jesse’s main modes are being adorable while sleeping with his paws curled around his face, falling down, and totter-running through the grass. Occasionally he BORKS when he feels dinner isn’t here fast enough.

He truly is one of the best.

Remember if you are already a Buddy to Jesse, you need to fill out the 2019-2020 form to officially pick him again! Check your Patreon inbox to find the link to the form!