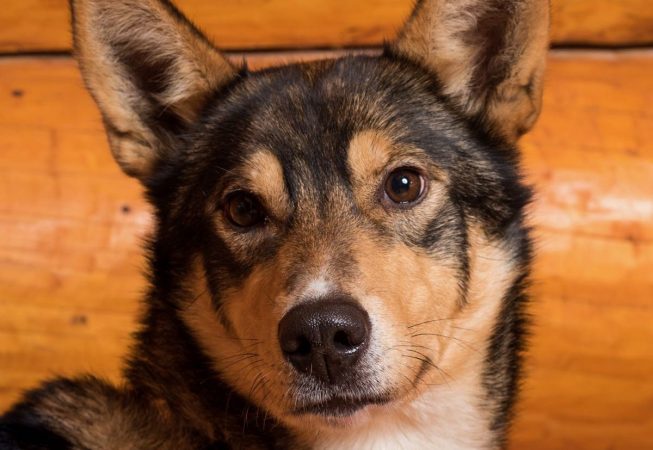 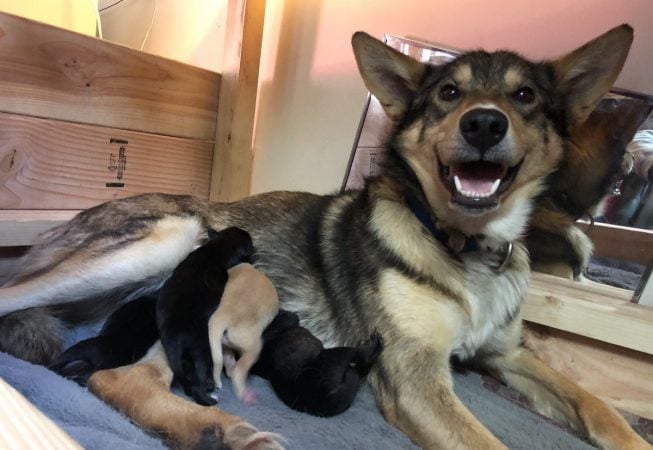 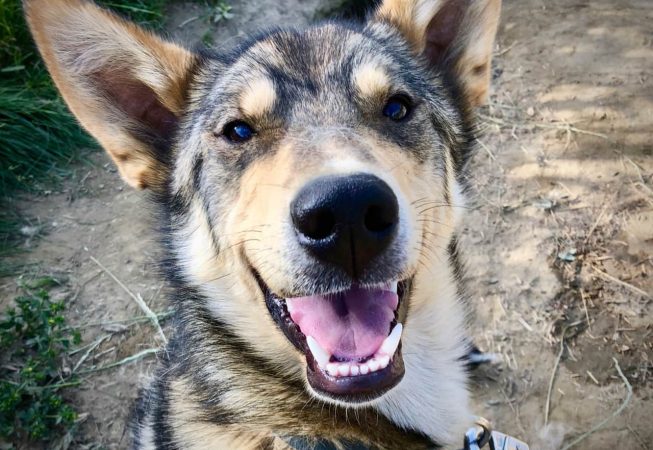 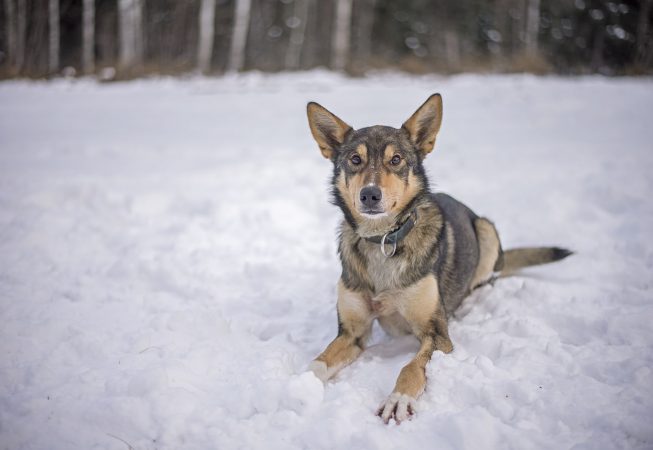 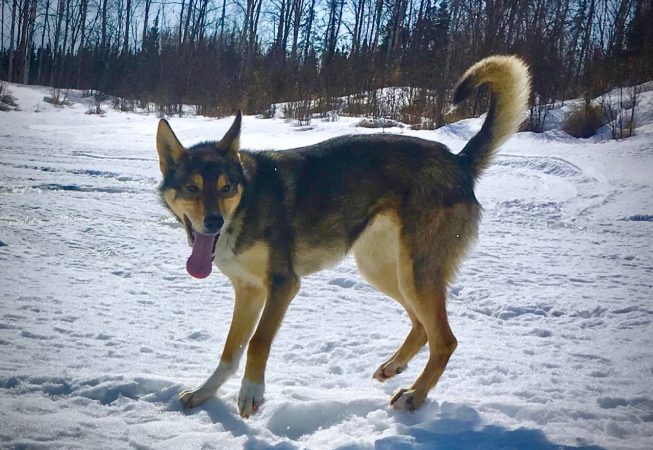 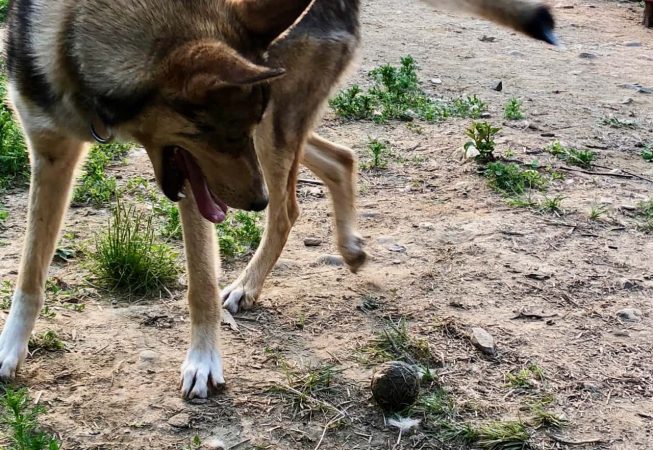 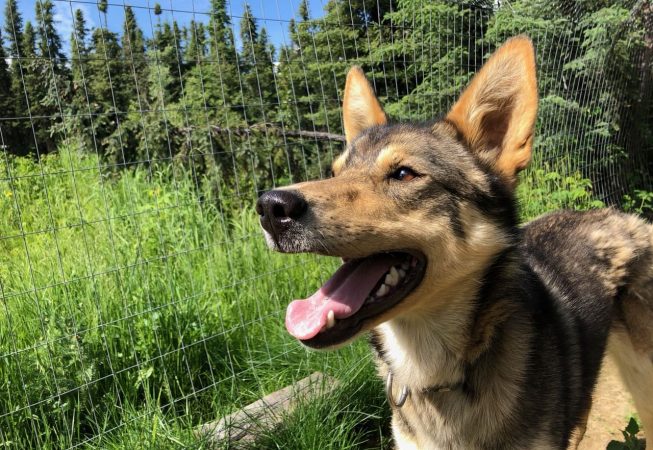 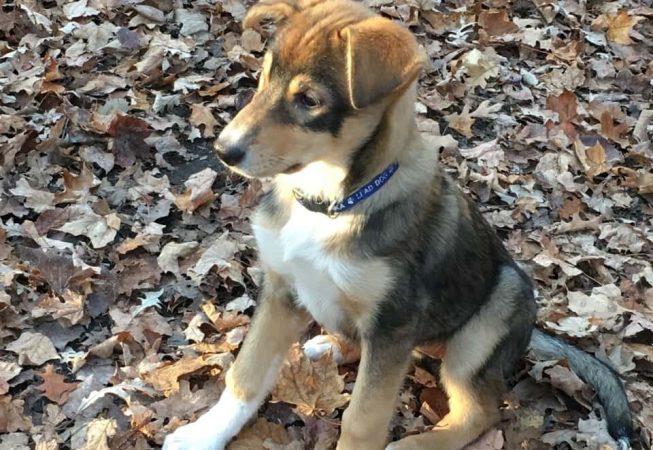 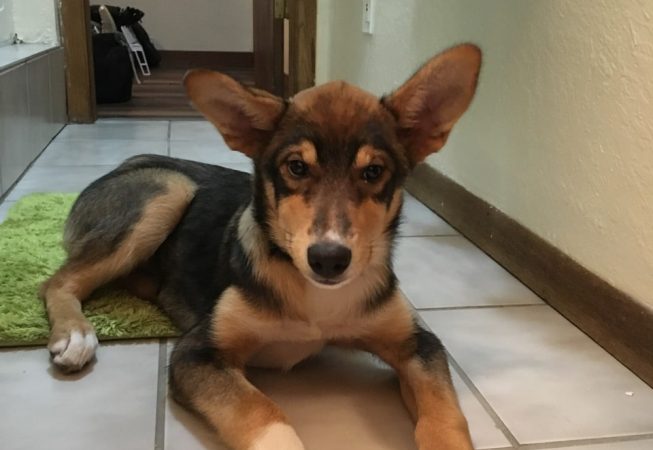 Ophelia is a 2021 Iditarod Finisher

Ophelia spent her early months in Minneapolis being a couch dog. She may be the only professional sled dog who has ever attended dog day care in her puppyhood.

Ophelia is a sweet, driven, ornery girl with a lot of curiosity and maybe too many smarts. She loves bacon, chewing on Hooch’s ears, and cuddling. She also loves, loves, loves to run. In the city streets of South Minneapolis, Ophelia’s sled dog nature couldn’t be appeased, even with daily 3-7 mile runs. She learned to lead from Hooch early on. The only thing that could distract Ophelia from head-down, harness slamming running is a feisty squirrel (dead or alive), and street pizza.

Ophelia spent the summer of 2017 with our good friend Riley Dyche of Darkhorse Racing on the Denver Glacier giving sled dog tours.

Ophelia has grown up into one of the biggest female sled dogs I’ve ever seen. She has a lot of power– But she also still has a lot of cuddles. She goes crazy to run, but she also loves her couch time. Ophelia has a lot of personality. One of her favorite things in the world? Sticks! From day one, Ophelia would find big sticks to carry around. On walks in the city, she’d find small trees to bring along, much to Hooch’s annoyance. On camping trips now, she settles in right away with the nearest tasty stick to chew on.

She’s very special to me, and is my one direct line from Hooch.

In our first year of entering major races, Ophelia was a key leader. She is probably the smartest dog on the team, and definitely the most head strong (much like her father). She will definitely be one of the core dogs as we travel to Iditarod 2021.

In 2019, Ophelia had a litter of four pups, sired by Brock from Frozen Trident Kennel. Two of the male pups went to Frozen Trident, and one male and one female pup stayed with us. Ophelia’s litter has been one of the biggest joys in my mushing career. Ophelia, it turns out, is a wonderful mother.

Do you love Ophelia? There are two cool ways to cheer her on down the trail!

Ophelia is sponsored by Chris L!

“I’m so excited to sponsor Ophelia! Her majesty definitely deserves to be spoiled, as her royal peer Callie would tell you.
From,
Callie’s steward”

Ophelia is sponsored by Chris L!