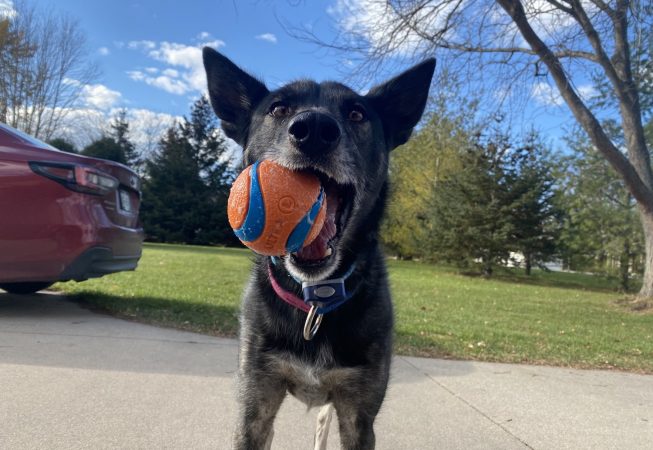 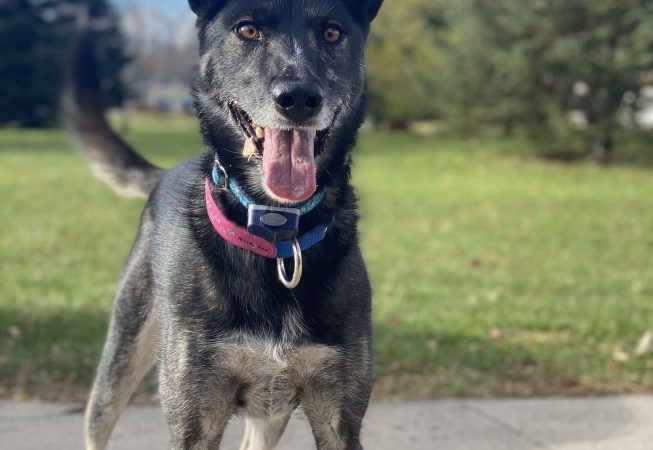 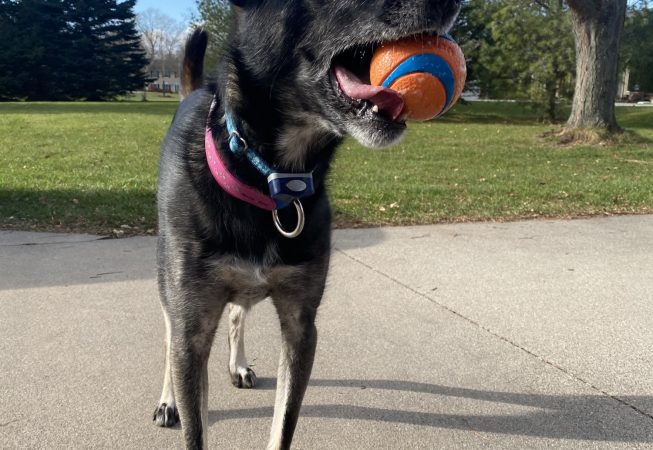 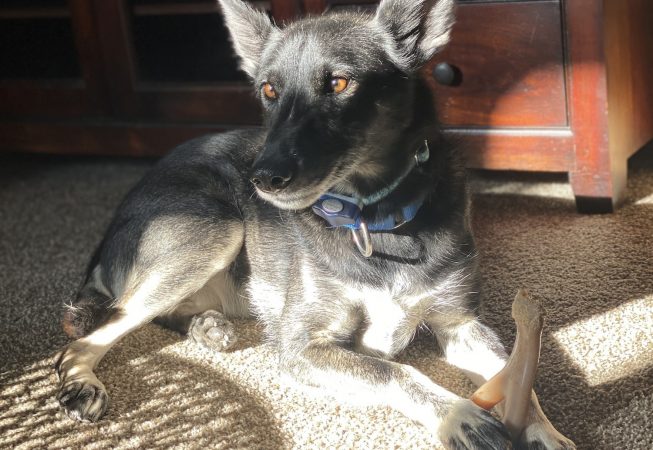 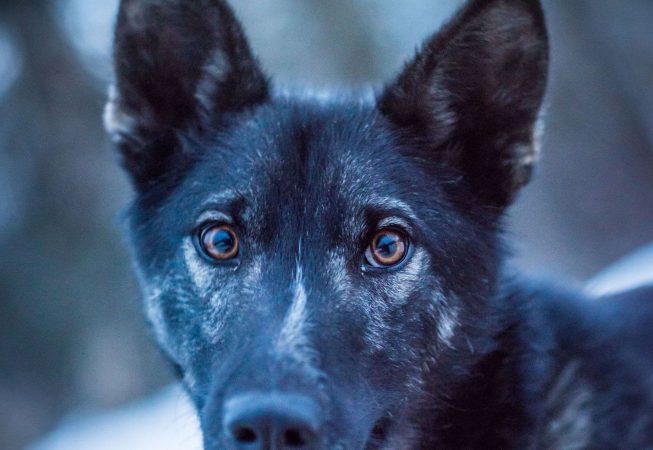 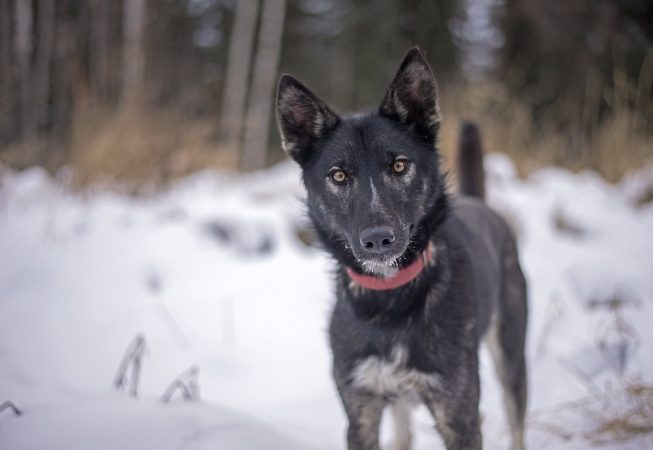 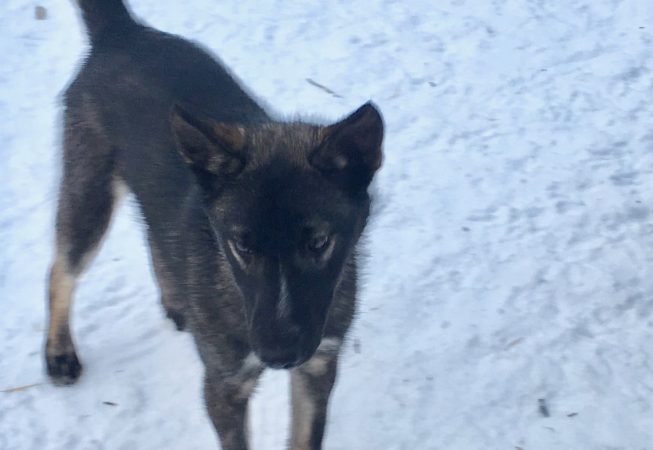 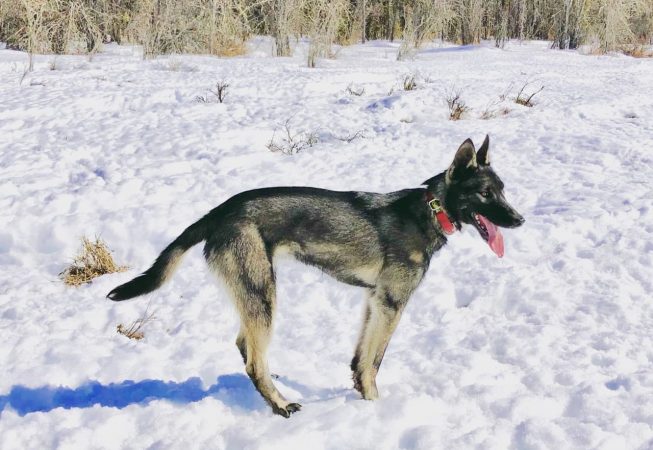 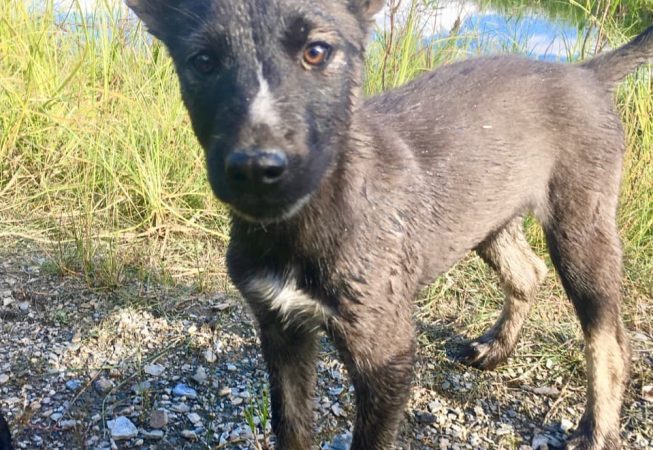 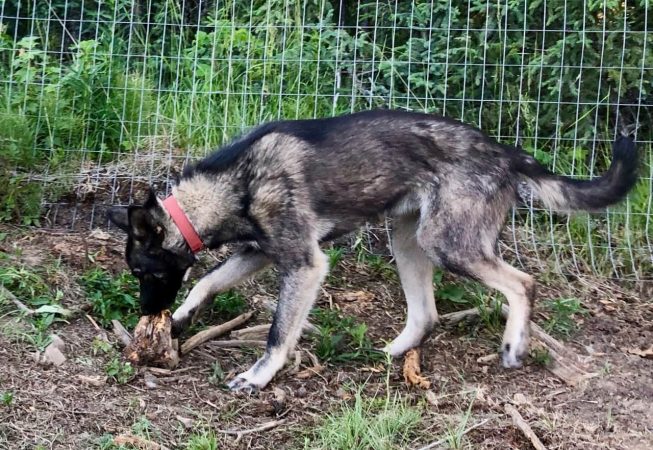 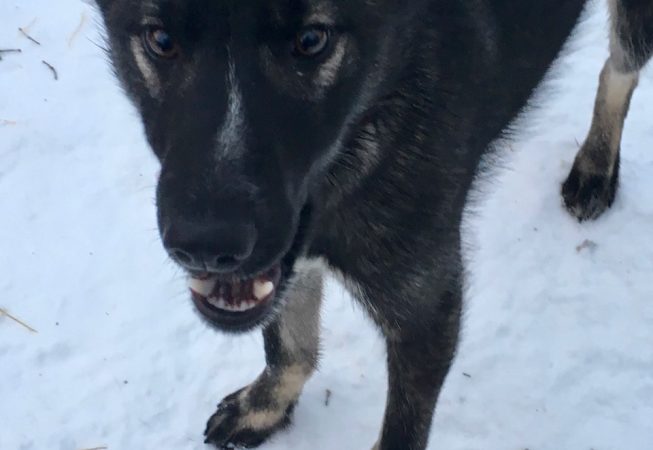 R2-D2 is the unexpected puppy! When we got the three Star Wars girls, we noticed the runt and decided he should be welcome into the fold. So he came home with us and is Mr. R2!

R2 is an explorer. From the first time I free-ran with the pups, R2 was already off by himself, checking out what could be in this corner or that corner. I like to think he’s like his namesake, wandering around the Deathstar poking at things.

Initially R2 was a little shy. He got extra time in the house and with people. His sisters were outgoing and ready for anything. R2 needed a little extra to keep up. After his first year at ATAO, R2 came into his own. He finally hit his growth spurt and is bigger than his sisters now. He’s a beautiful, lean looking dog. He loves running and he LOVES chewing on things! His favorite pastime is to gnaw on a good stick.

He’s very mellow and sweet. With age (and a lot of dedicated socialization), he’s come into his own and isn’t shy any more, but his personality is very even keeled and steady. He loves getting pets now. He still has his explorer spirit and will usually traipse off into the woods during free play, but he always checks back on us.

In his yearling year, a few health items cropped up for R2. He already had one strangeness– His balls are inside him! This isn’t too big a deal, but can end up causing discomfort and eventually create an environment for testicular cancer. We’ll neuter R2 to mitigate this problem.

During the Copper Basin 300, R2 did an amazing job for the first 100 miles, but ended up getting sick. Later, we discovered he also had some issues in his front leg, deep in the bone. None of the issues R2 has should prevent him from being a happy guy, but we decided it’s not wise to push him as a race dog.

R2 is now living his VERY best life as a member of the Goggins’ extended family in Wisconsin. He rules the roost with his new “siblings” Miles and Kenya and feline tolerators Marti and Jackson. He loves to play fetch, lounge on the couch, and show his humans how to WALK FASTER. We’re so glad that he’s found his forever home with the Goggins clan. He’s exactly where he belongs!