Here’s a follow up to the misadventures of the last few days.

Yesterday, the ten remaining dogs who were on the Sept 30th team went to the vet. Huge shout out to North Pole Veterinary Hospital for being thorough and amazing. And heartfelt thanks to all of the folks who pitched in to make sure the vet bills for this adventure were not debilitating. The relief at being able to bring every dog in for a check over was huge.

All of the dogs who we didn’t find quills on were also pronounced clear by the vet. The three dogs in the group yesterday who we did find quills on were Annie, Rogue, and Aurora. For sure we knew Aurora had quills still in her face, including her teeth and cheeks. Rogue and Annie were checked over and pronounced clear as well– that was great news. Aurora was sedated and some of the face quills were removed. It seems likely that she has at least one more in there, because she has a lot of swelling. We are keeping an eye on her and will pull the quill if / when it emerges– Or we’ll go back to the vet as needed if things don’t settle down soon.

The dogs were happy to go back to their houses outside. They were getting extremely antsy being stuck indoors. The dogs love to come in, jump on the couch, get scritches, play with toys, etc– But a lot of the time they get tired of it / get too hot / are ready to GO back out to their comfy houses. Last night everyone except the two coneheads (Ophelia and Rebel) went back to the yard.

After having the quills pulled in our first North Pole visit this week, Sundance, Marnie, and Belle also look worlds better. If you didn’t know what had happened you probably wouldn’t have any idea.

We are still checking the dogs over obsessively every day, and are definitely still finding quills. That porcupine didn’t mess around.

The vets have recommended we rest the dogs for at least 10 days. The non-quilled dogs may get back out on the trail soon at least for some short runs to keep them happy and tuned up. The 6 who were sedated will definitely continue resting until October 12th. That means Rey will get some practice in lead, and maybe some other newbies too, to support veteran leaders Nala and Annie. Maybe it will be a good opportunity to try Emmy out at last. Most of the quilled dogs were leaders, which is tough. I actually finally feel good, though, about the dogs bouncing back to train. In many ways we were lucky this happened at the start of the season.

Copper Basin signups are in a couple days. Over this week, we decided to fall back to a holding pattern with our race plans. The number one priority is the dogs, always, and making sure they are healthy and happy. It’s been a roller coaster ride. But I think, maybe, the coaster is slowing down and coming to the… dock? This metaphor is getting away from me. Regardless, I am feeling like there’s a great chance we can get back to our goals of racing both the Copper and the YQ300. This can be a road bump, not a wall.

We may not sign up for the Basin right away. Many of the funds we had put aside from fundraising before this (for our races) went towards vet costs. You all have given a ton and that has alleviated much of the cost. It definitely allowed us to not go under water. But, we’ll need to rebuild funds towards the races. We’ll do some budgeting, see where we’re at, and decide about the Basin this month– perhaps not immediately on sign up day. I’m hopeful the race won’t fill up because the entry fee is quite steep this year.

I feel really good about aiming for the Quest 300. There is a good chance still that this episode will bench one or two dogs for the season. Even though I’m feeling more hopeful it might not, it’s a real possibility. But, we have 3 backups, which is great. Last year our racing team was 12, exactly the number of dogs allowed to race in the Copper. Having a training team of 15 makes a big difference. Next year, with Link and Mungry joining the crew, it will be a training crew of 17, which gives 3 backups for Iditarod.

Now in other news, on the morning of the Incident, R2 got his staples out! You may or may not know that he finally had his surgery to remove his internal testes. The surgery was unusually– they couldn’t locate the testes at first! But they got it done. He got a LOT of staples, because they had to open him up quite a bit to locate the testes (he was cryptorchid which means his testes were inside of his body). However, just a few weeks later you’d never even know he’d had such major surgery! His incision healed up beautifully and he’s up to his old shenanigans. As a reward for being such a good patient, I  gave him a tasty treat right after his staple removal. Good boy R2! 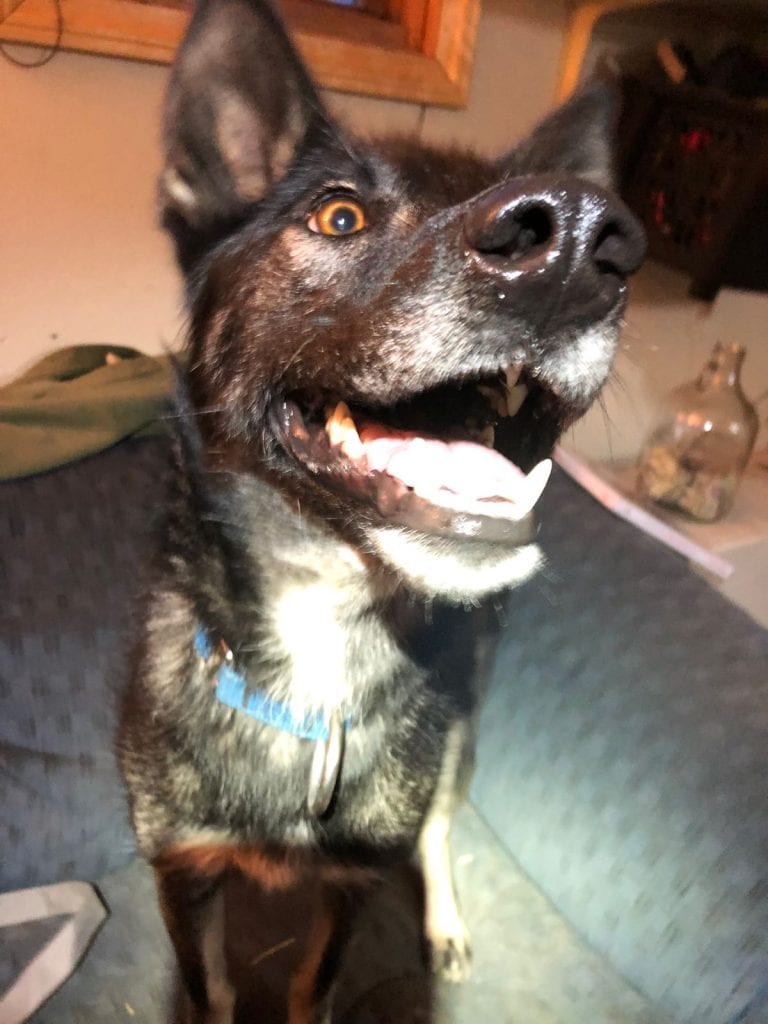 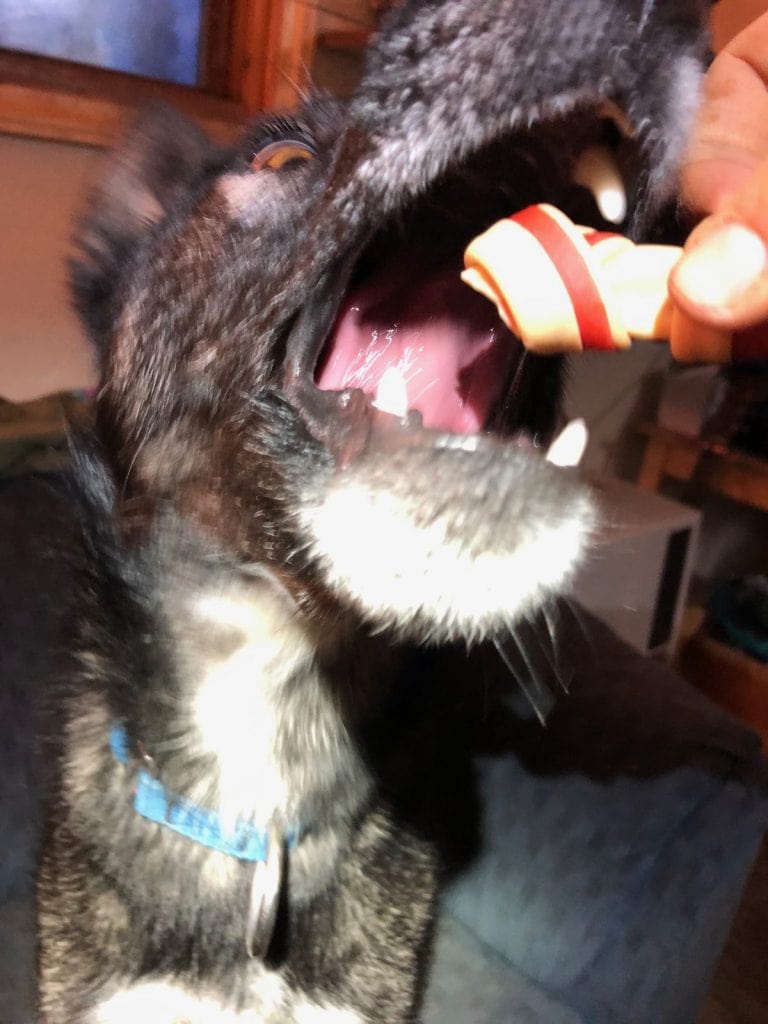 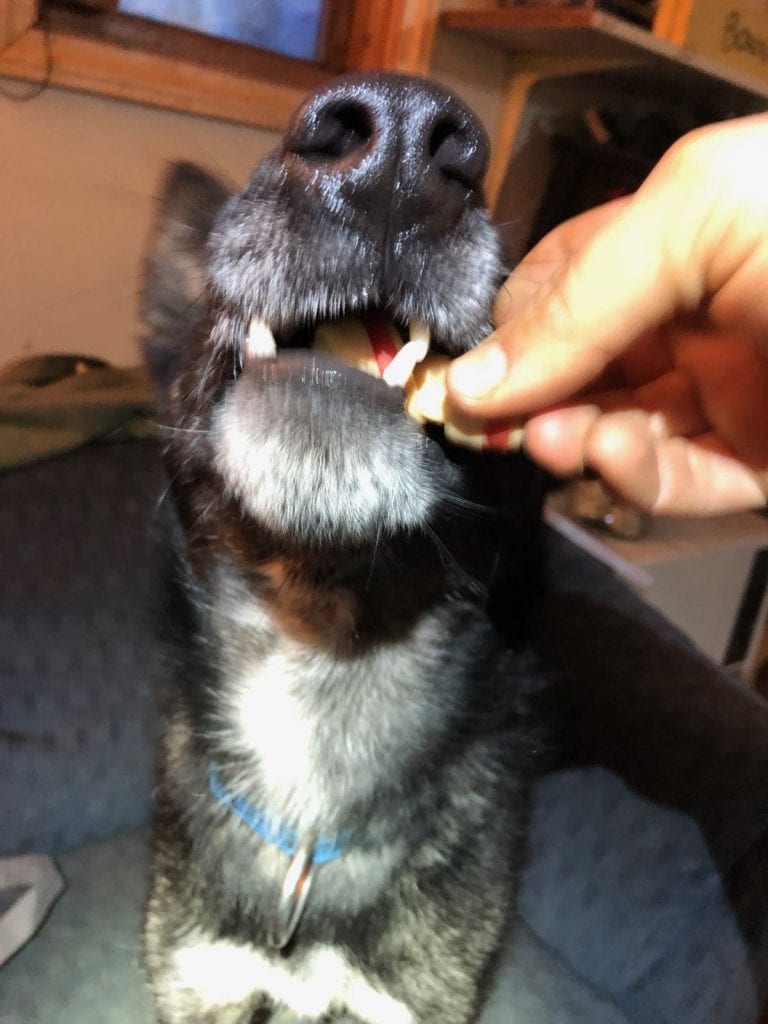 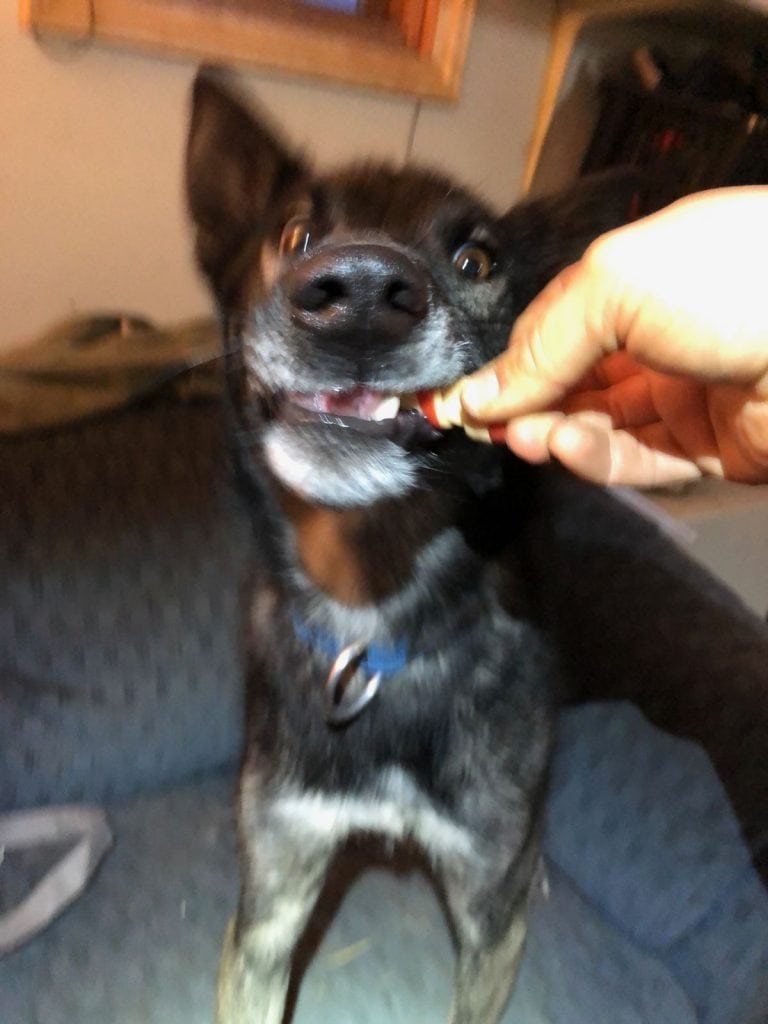 R2 is changing his career from racing dog to recreational runner and potentially house dog down the line. He is really good at chilling on the couch, playing with his indoor friends, and chewing on shoes. Oh wait maybe the last part isn’t as good! But still.

Thank you to everyone who has been such a huge support to us throughout this very wild and unexpected adventure. We are deeply grateful to our friends and neighbors who came running at all hours of the night, and to the many many countless people who pitched in $ big and small. It made the very best care available possible for the dogs. An especially big shout out to Lenticular Press, who made a major donation to the cause, and to some of our longtime supporters who come to bat for us again and again– I want to specifically thank meencat and Erica Phillips this round. Thank you.

(PS folks have been asking about my thumb… I had it X-Rayed and they determined it wasn’t broken. It’s still pretty sore but the swelling has gone down a ton. Most likely just a bad sprain. Meanwhile I’m learning to do all sorts of things without a right thumb. My weird obsession with teaching myself to write left-handed as a kid paid off!)