In the summer of the year 2000, I sat nervously in the passenger seat of Martin Buser’s dog truck. The boxes in the back were new, and my brother and Martin’s two sons wanted to ride in the boxes. Test them out! I was 14 and feeling too grown up to try that– And I wanted to ask Martin something. That’s why I was nervous.

It was a question I’d been turning over in my head for more than a year. I’d written letters that I’d never sent throughout the whole winter. In March of that year, I schemed up a plan to hand him one of these letters just as he left on the Iditarod– But on race day I lost my nerve.

The letter said, in far too flowery terms, “Would you teach me to mush dogs?”

But now, on a hot June day, leaving the annual Iditarod sign up banquet, I had a shot and I could not keep throwing it away. Sitting in that truck cab with Martin, one of the few times I could ask him such a laughable question without my siblings or friends or parents around, I took a deep breath, and said seven words that changed my life.

I was nothing if not a dramatic child. I made sure to construct my conversations like the movie dialogue I imagined them to be.

“Do what?” asked Martin, true to script (what else would you say?).

He didn’t respond. He paused for a second, and then he reached down for the cloth box that held his newfangled car phone (the phone itself was only the size of a large candy bar, not including the cord and other parts!), and dialed a number he knew by heart (like you did back then). Someone answered amicably, and he skipped small talk and said, “I’m calling to sign someone up for the Jr. Iditarod.” And with a few words, it was done. I was enrolled in the race. My parents didn’t even know. It was happening.

Twenty years and roughly six months later, I stood on the runners of my sled, eyes on my dogs, evaluating every step for any sign of soreness. They were moving well, enthused and in a perfect pace. Now and then they saw a bird and would simultaneously dive forward into a lope, all determined and convinced about their hunting prowess.

Our camp had been cold. Not as cold as the night before, but -30. I’d covered the dogs with coats and blankets and straw and they’d slept hard. I hadn’t slept: I changed my runner plastic to a type that slides better in the cold, and unpacked and repacked my sled for the thousandth time. It was a short camp, and I knew if I lay down I’d oversleep. Even without napping, we were still an hour later on the trail than I wanted to be.

By the time we were mushing, the sun had warmed things up to just below zero. Perfect temps. We were in a section of trail where we’d be doing head-on passes with other teams, due to the unusual race course this year. The moment we segued onto the main path, teams were bearing down on us. Here in the hills, where the trail was just a scratch over wind-blown ice, the passing was easier than it had been the night before down in the wooded area below us.

We passed enough teams that it became rote and the dogs were less over-excited by it. They barely even stopped or barked as we went by. That was good.

The sun was at my back, so I didn’t have to wear my glasses, which was also good. Wearing glasses and a neck gator over the nose meant instant fogging and no visibility at all. You could wear your glasses or you could wear your gator, but you couldn’t usually wear both. It was cold and I was glad to get to wear the gator.

We dipped back down into sparse trees, and then up again to bare hills. To our left was a series of picturesque white peaks. The trail was marked not by stakes but by tripods. It felt very much like were on the epitomal Iditarod trail.

It was here, when we dipped down into one of the low spots, that a familiar team appeared. The team wore orange coats and the musher wore blue– and a distinct red and black checkered hat. There was only one musher that could be. It was Martin.

The moment I realized this, my right foot hit a stump and I was pulled off the runners. Except for my death grip on the handlebar, I basically faceplanted. Since I kept hold of the sled, I was doing what we call “supermanning,” which is to say I was dragging behind my sled with my arms outstretched, hanging on. I managed to pull myself up enough to put a knee on the drag and then get my feet up onto the runners, when the dogs noticed Martin’s team and sped up– and I fully faceplanted again.

I managed to get myself up onto the runners by the time our teams were physically passing. Martin, not batting an eye, stopped his sled and rested his forearms on his own handlebar in the way only someone who has done this route more years than I have been alive could do. I stopped too, our sleds next to each other, our teams pointing in opposite directions.

I responded with a chipper tone that belayed the fact that I’d just wiped out twice in front of him, with impressive indignity. But I was also telling the truth. “Great!” I said. “I’m having a blast!”

I was. It was my first Iditarod. A race I expected to suffer through. A race I dragged my feet on starting. A race I felt I had to do after so many years of building up to it– But one I didn’t want to do by the time it came to GO.

And then magic happened. My team and I got onto the trail and the thing that you hear about and the thing that seems mystical and improbable occurred. I fell in love. I fell in love with mushing, and Alaska, and my dogs, all over again. And I remembered how to have fun, on the trail. That mushing was fun. That there was a reason I was striving to do this very thing for the last 20 years. I felt on that race the way I felt on my very first Jr. Iditarod, all those years ago, with Martin’s team.

“Good,” said Martin. He asked about my sled. And then he said, sitting across from me on the Iditarod trail, “I’m so proud of you.”

And then we parted ways, I to the turnaround of this year’s race, and he to the finish. The sun glared brightly behind me, but I suspect the other oncoming mushers may have been even more blinded by my own glow. 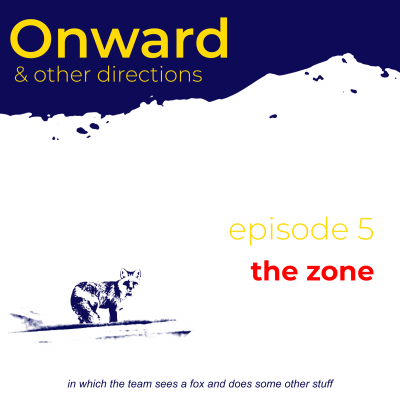