As the weather gets a little colder, finally, the list of Things to Do grows longer. What perfect timing, then, for our great friend Arthur to show up!!!

I have decided to hashtag Arthur’s visit with the moniker “worst vacation ever.” I decided this right off the bat so that Arthur’s expectations would be severely lowered, and they would be excited about all of the plans I concocted for their visit!

Here is a list of what we have done so far: 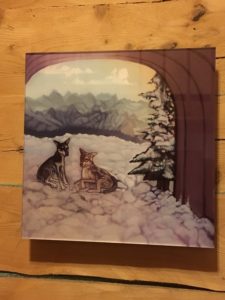 Arthur brought us this beautiful gift! 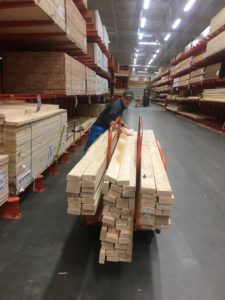 When you put your visitor friends to work 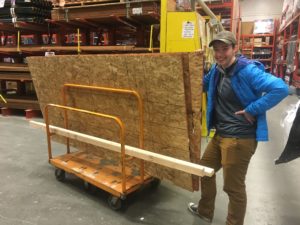 … And they seem happy about it!! 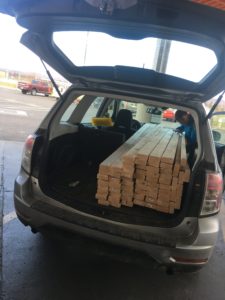 OMG I can’t believe it fit 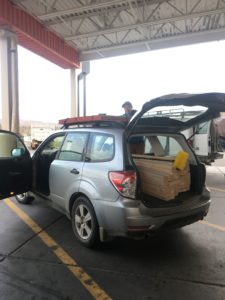 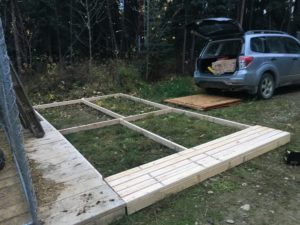 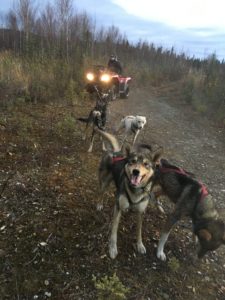 Things that are still on the docket for the #worstvacationever:

Things I have so far not made Arthur do and have not decided whether to make them do or not:

Mostly I figure at the very least, these last two are my job.

Joking aside, it’s all my job– and I wouldn’t trade it. Arthur is invited to help with any and all but I won’t send them out into the wild of the Big List without me there too. That’s kind of against my nature. But– I wouldn’t have already accomplished what we’ve gotten done this week without Arthur. Arthur and I tend to like to tackle big projects together, fail at doing them the way they are supposed to be done, and succeed at doing them despite that. We often joke about starting a moving company. I think the lumber adventure is a good episode of that. Classic us, we figured out how to move some heavy stuff in a way that is probably not recommended, but worked anyway.

It’s really great to have our friend here. And not just because I have this plan of enlisting them in kennel work. Most of all, it’s good to have a person here who knows Shawn and I, gets us, and has stuck with us through thick and thin. It’s kind of strange for me to introduce both Shawn and Arthur to this world that previously was only a memory to me, while I lived in Minneapolis this past year. Now I have friends and partners in crime who get both sides of the coin that is me. The city side (culture, art, being able to very freely be myself, and of course, Jimmy Johns) and the Alaska side (dogs, trees, mountains, this life that I love). I am lucky to have these people in my life. I’ve never really had that.

Thanks for visiting, Arthur. Now on to continue my #worstvacationever campaign… [simple_sf pid=758]